This project is located at the Emanuel Mongalo School in Dulce Nombre de Jesus, in the district of Chinandega, Somotillo in Nicaragua. The children must bring water with them each day from the river 3K away.  Some have access to a hand dug well, but all of these wells are contaminated.  Kids are sick with waterborne illnesses such as diarrhea, parasites, and typhoid. They often share their containers, so general illnesses are spread as well.  Basic hygiene knowledge is not known.  There are many children who do not attend school, due to the hardship of life collecting water.  There once was the promise of city water to be piped to the school,  so they were given a tank to hold the water.  But the city water project fell apart from the elected officials, so there is still no water in the tank. There are a few hand dug wells in the area that people use, but they are private, and the owners limit the number of people who can access these.  The majority of people must travel the 3K distance to the river.  People drown every year collecting water.  Women especially suffer from kidney illnesses, due to not drinking enough water.  They collect just enough to cook and do basic daily needs.  Drinking water for one’s own health is not a priority for them, as it would be just overwhelming to collect enough water for the whole family.  There is a feeling of hopelessness here. 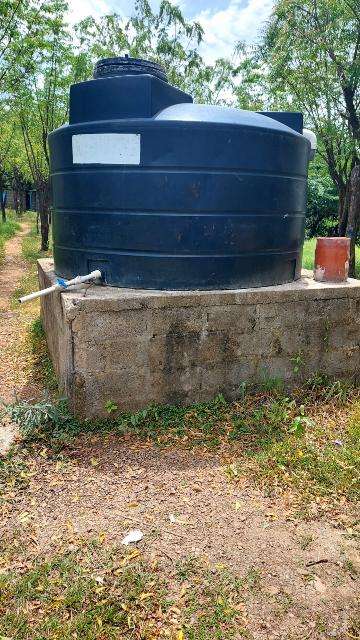 With clean water available, life would be incredibly different for this community.  Access to safe water, close to their homes, will stop the time poverty cycle of walking great distances to gather water each day.  The school is centrally located in the community, so families will have time to care for their children, grow a garden, or possibly start a micro-business.  Once they learn how diseases are spread, they will know how to stop the transmission of illnesses and parasites.  The children’s bellies will no longer be bloated due to parasites, and instead, they will be healthier.  School attendance and focus will be much better.  Women will no longer have the kidney issues, because they will feel they could drink enough water each day.  The clinic will no longer be full of sick people with water borne illnesses.  There will be a feeling of pride in the community, for their own water well, and they will take great care of this resource.

Living Water International employs a pastor within each country’s staff. Their purpose is to engage with the local churches, pastors, and church members, speaking into unity and spiritual growth, and how to be health advocates within their communities.  Bible storying training is coordinated within the WPA at several locations and outreach evangelism events, such as the Jesus film, family activities with spiritual influence or rallies to name a few.  Bibles are given out to new believers and to believers who do not have access to a bible in their own language. Other pastoral trainings or pastoral fellowship activities are designed to unite Christians throughout the WPA, in sharing the gospel and uplifting believers.

The Emanuel Mongalo school in western Nicaragua struggled against a pervasive water crisis. With no running water on campus, the school administrators attempted to build a solution on their own. They constructed a tank that was periodically filled by tanker trucks. Unfortunately, this solution was expensive and inconsistent—water was delivered once a week and often didn’t last. What’s more, the staff couldn’t verify where the tanker trucks sourced the water, meaning they often inadvertently consumed water from contaminated sources.

The students brought water bottles from their homes, but even then the water was often collected from hand-dug wells. Waterborne sicknesses quickly spread through the school and harmed the students’ still-developing immune systems. Illnesses like cholera and diarrhea affected the students’ health, performance in school, and ultimately, their futures.

Reyna María Neyra Moncada is Emanuel Mongalo’s 34-year-old school director. She said, “We did not have our own source of water. We bought expensive water from trucks and motorcycles. Some time ago, we had drinking water at the school, but the
location on a hill made it hard to pipe water uphill. We had to beg for water. Finally, we chose to carry water from the river that was 600 meters away. The students were sick so often when we resorted to the river. When a fellow student was thirsty, they shared water and drank from the same bottle, spreading sickness.” 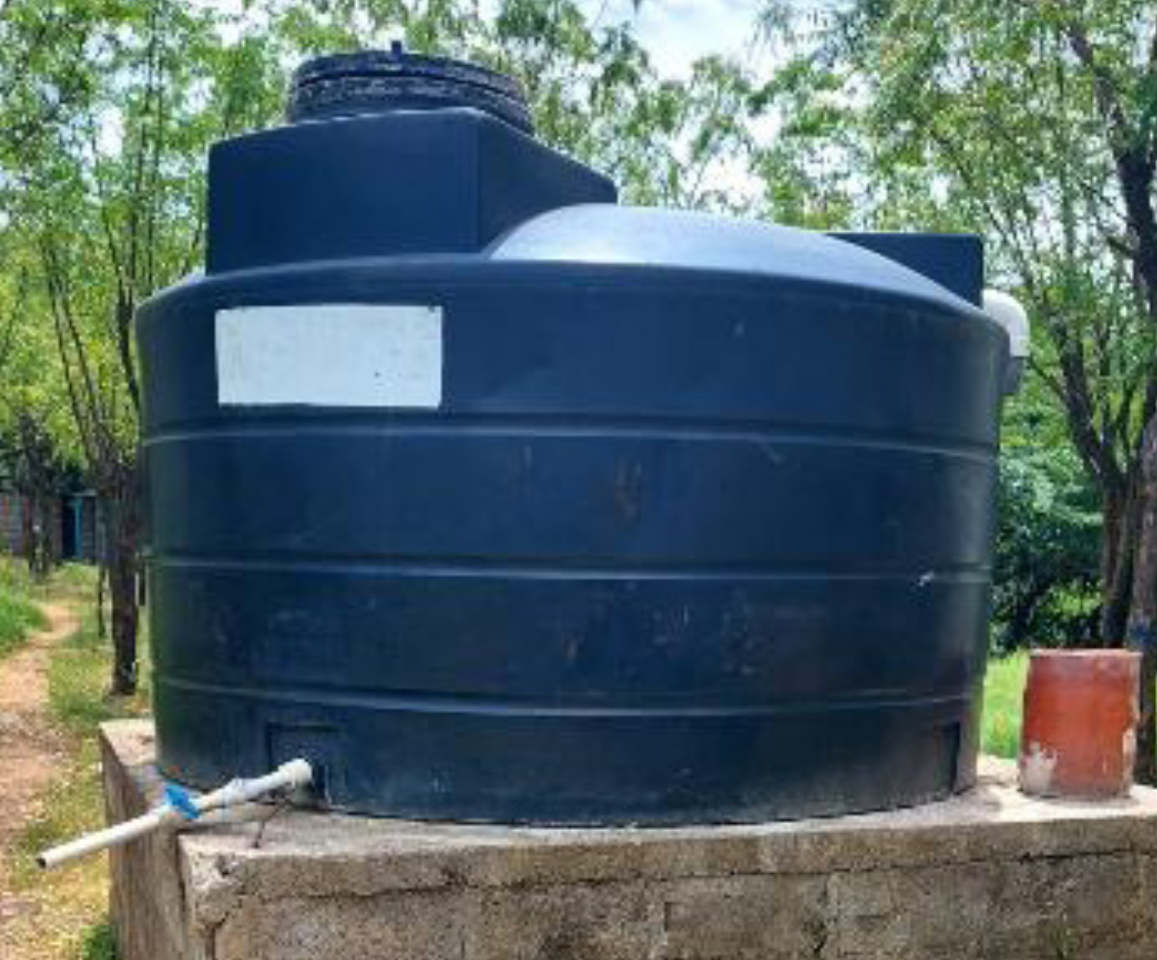 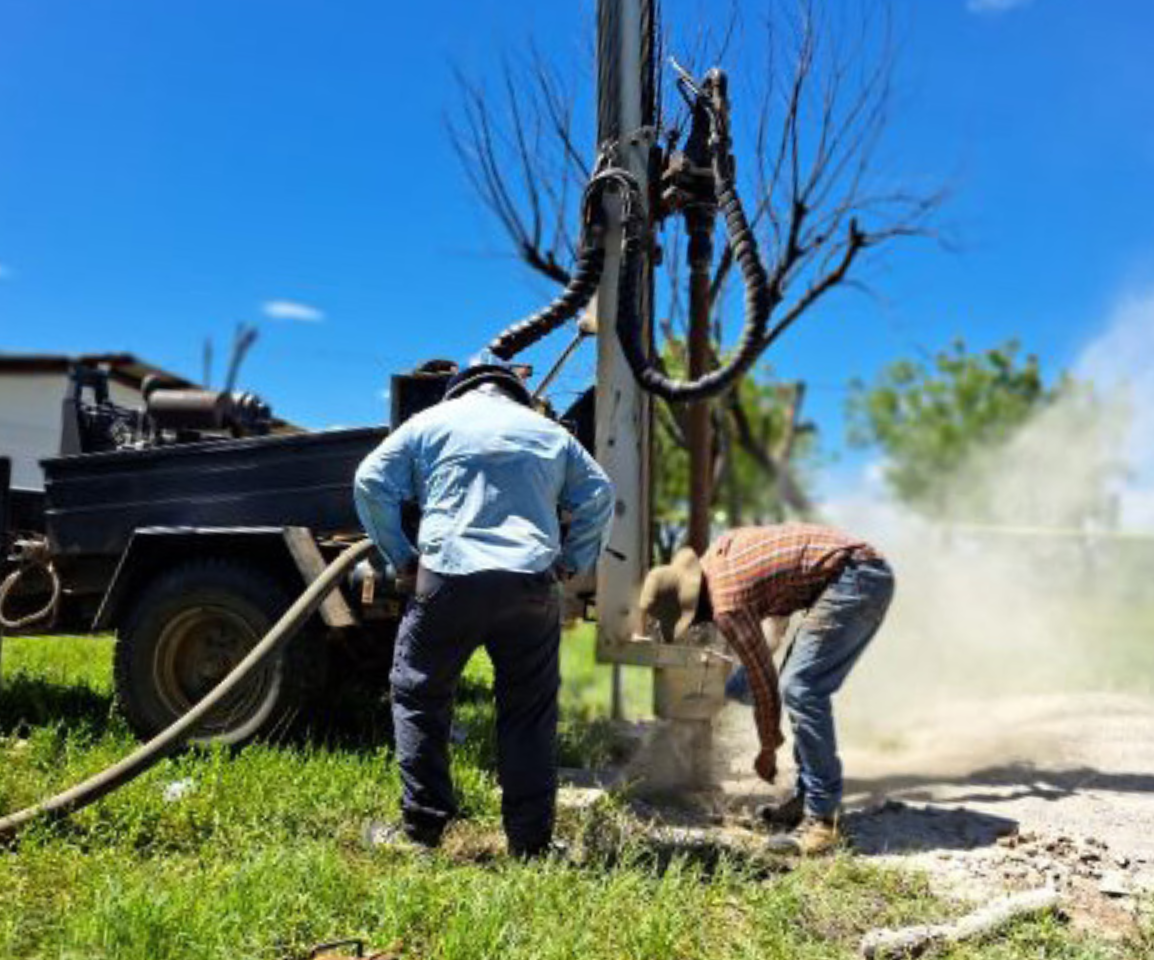 The Living Water staff drills a borehole for a new well.

The school administration knew that they needed a safe and reliable water source to keep their children healthy and in school. Community leaders soon heard about Living Water International’s work in the region and reached out requesting urgent help.

The Living Water staff visited the remote school and found that the students and community at large desperately needed a safe water source. They were also ready to care for a water system, so the staff announced the construction of a new well! They returned
later with a rig and drilled into the earth until reaching a safe water aquifer. After testing the water to ensure it was safe to consume, the staff installed piping, a sanitary seal, and a hand pump. Because of your gift, the school finally had a reliable water source!

The Living Water staff also helped the Emanuel Mongalo school establish sustainability practices to help ensure a future of safe water access. They guided the community in creating a water committee to oversee the care and maintenance of the well. This committee will collect a voluntary fee for water usage in order to save for future repairs. Living Water will stay in contact with the committee to monitor  the well’s functionality. 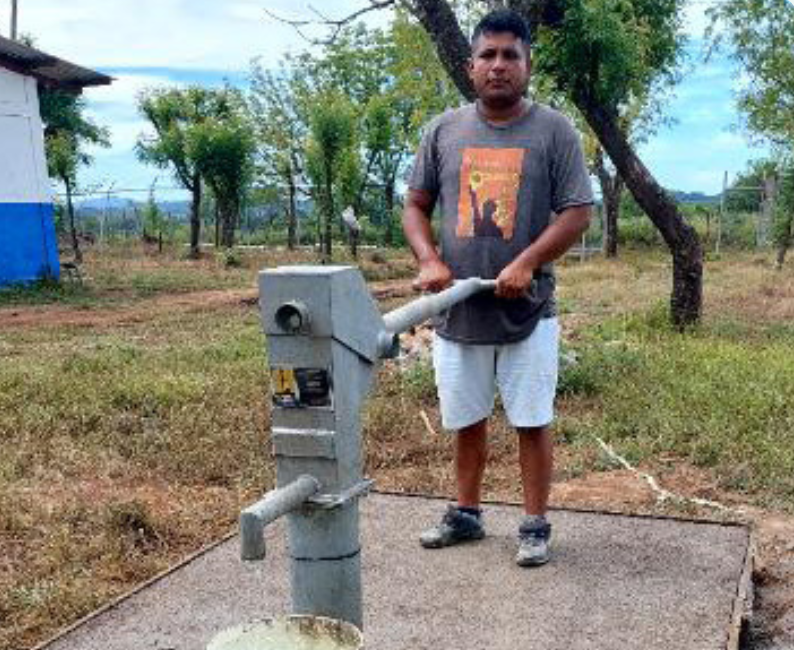 A staff member uses the new well for the first time!

The Living Water Nicaragua staff also led sanitation and hygiene promotional activities for both the students and the other residents. The staff used visual aids and activities to make the lessons engaging and memorable. The students learned about how improvements in their personal hygiene can impact the community at large. They also learned that the best way to safeguard themselves against germ  spread and disease transmission was by correct and thorough handwashing. The staff demonstrated the proper technique and gave the students the opportunity to practice.

During their time with the school community, the Living Water team shared God’s great love with the entire community. At the completion of the safe water project, the Living Water staff held a well dedication service. Here, the students and residents heard
the good news that Jesus offers his living water to everyone, a message underlined by Jesus’ words in John 4:13-14 (NIV): “Everyone who drinks this water will be thirsty again, but whoever drinks the water I give them will never thirst. Indeed, the water I give them will become in them a spring of water welling up to eternal life.”

Thank you for giving water, for life, in Jesus’ name!

Ingomar Living Water, thank you for giving a new well to the Emanuel Mongalo school! Where there was once scarcity and need, there is now abundance and joy. Safe water flows from the new well, providing water for each and every student at Emanuel Mongalo school. You’ve also given the students and residents the gift of better health since they no longer have to rely on contaminated water that will only make them sick. Instead, the well will sustain their daily needs and their livelihoods, allowing them to move forward in proactive ways that will benefit the community at large. Furthermore, your gift has been instrumental in an outpouring of the living water of Jesus, a reminder of his love for the every single person in the community. 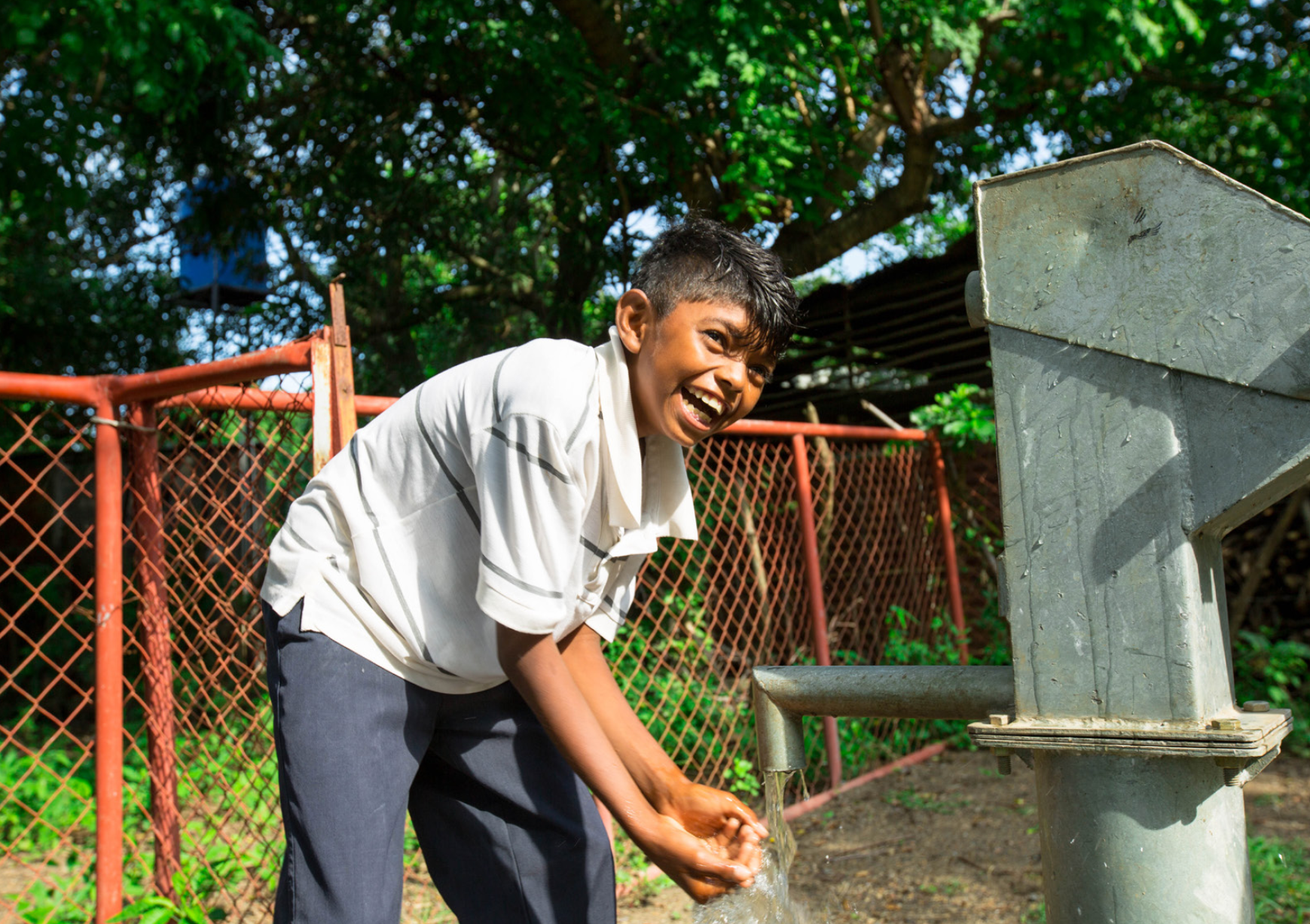