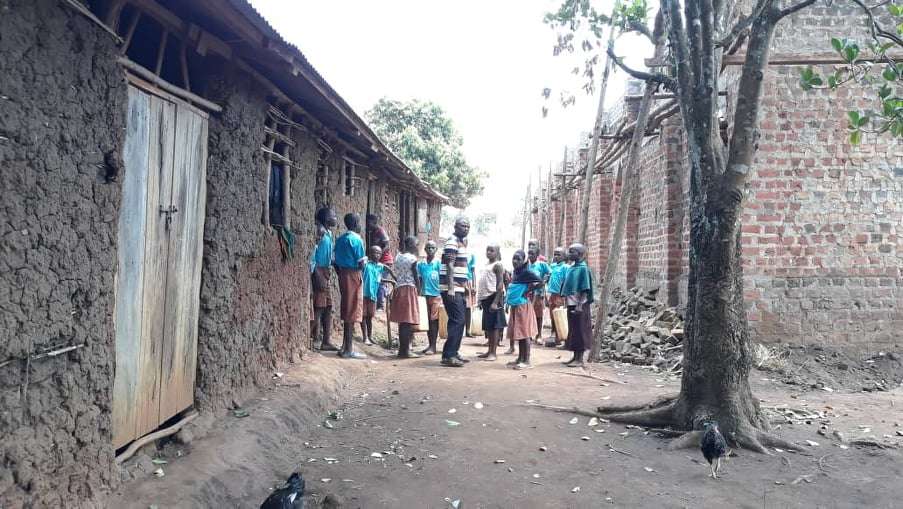 300 Students attend St Luke’s, and there is also another school, a
church and a community of 300+ households, for easily over 1000 people served.

Typhoid, diarrhea, and cholera are very common with this type of water source. The headmistress Julia Asiimwe said that her two children have suffered recently from Typhoid because of the water there. With wild water sources, the people also must contend with snakes and other wildlife that comes to the pond for a drink. The adults in the area know that they much boil the water before using it, but the children here are young and will often
prioritize dealing with their thirst quickly over doing it safely. And when the children are ill, they cannot attend school and the treatments for the illnesses create a severe financial strain on their families as well. Absences can also lead to the students dropping out because they cannot catch up. Water isn’t just about immediate health in these scenarios, it has a direct impact on their future. 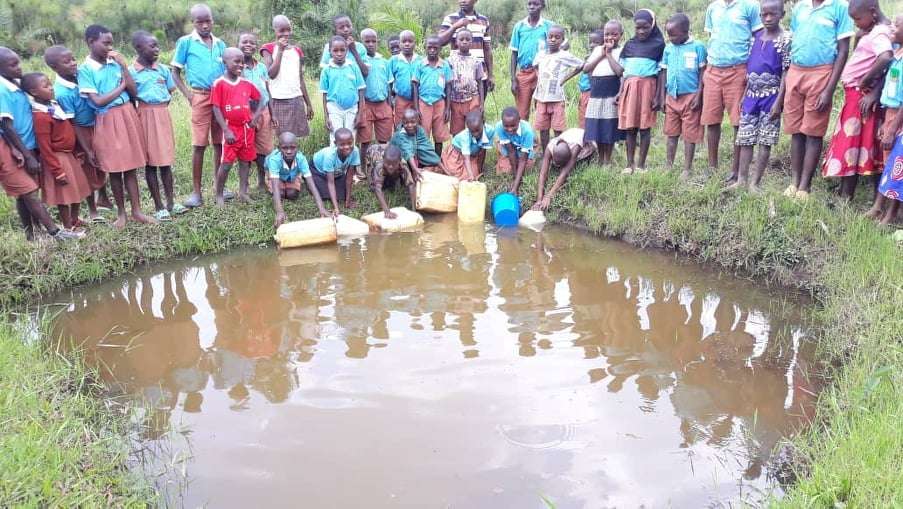 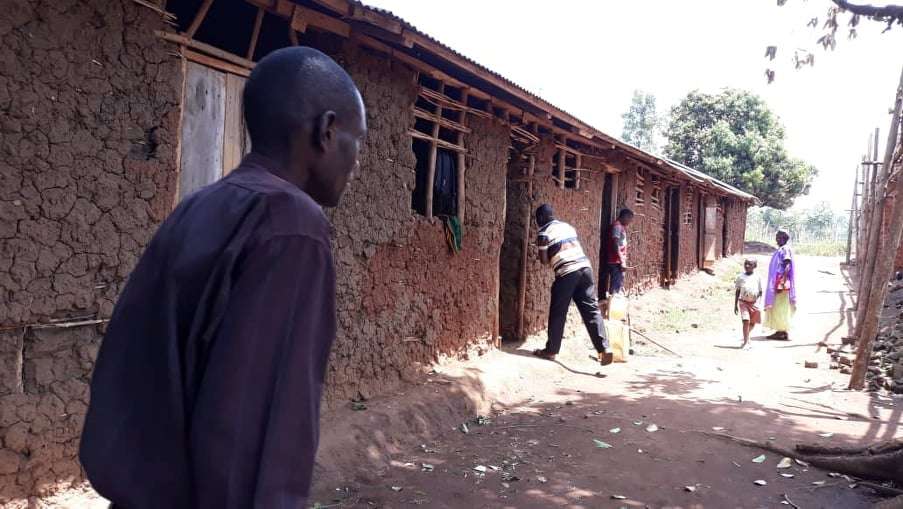 As with all of our wells, the funding for future repairs and maintenance is a two-part process. When the village, or school in this case, is chosen for a well, they sign a contract stating that they will do their best to set aside a few pennies per month to help cover the cost of future repairs. This acts as a guarantee that they will take ownership of the well. When something is wrong, they have the responsibility to reach out and let us know so the wells can be repaired in a timely manner.

On our end, we also hold back a built-in portion of each donation to cover parts including shipping and port fees, so that we can get the parts where they are needed. Herbert is good at keeping at least one of every needed part in stock and replacing them as they are used, so we can fix problems quickly. We know that the money the villages collect isn’t always enough to cover a repair, but with
the overhead we keep we can ensure the wells are running properly for years.

Most of our wells are simple borehole wells. Once the hole is drilled and water is found we sink a pipe down under the water level. The water here is generally a part of the natural limestone aquafer systems so when we get to the right depth the water is surrounded by stone rather than dirt. The pumping mechanism is fairly simple in design with a hand pump that is attached at the top of the well. The well itself is finished with a cement foundation with a permanent bronze plaque and a runoff channel that is often times used for crop irrigation, saving any ‘waste’ water that comes from pumping water into the typical jerry cans used for transport. What this means is that repairs are typically easy and inexpensive as the most likely issue is usually failure at the pump rather than with anything underground. 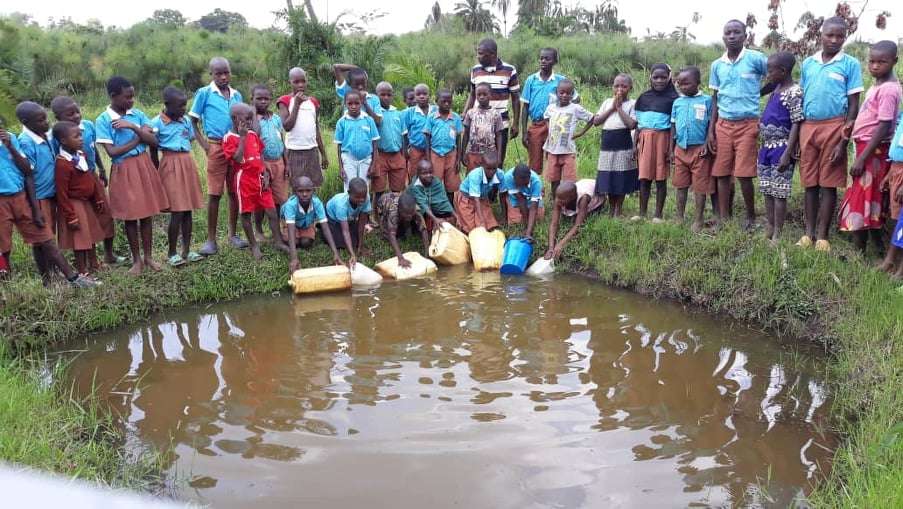 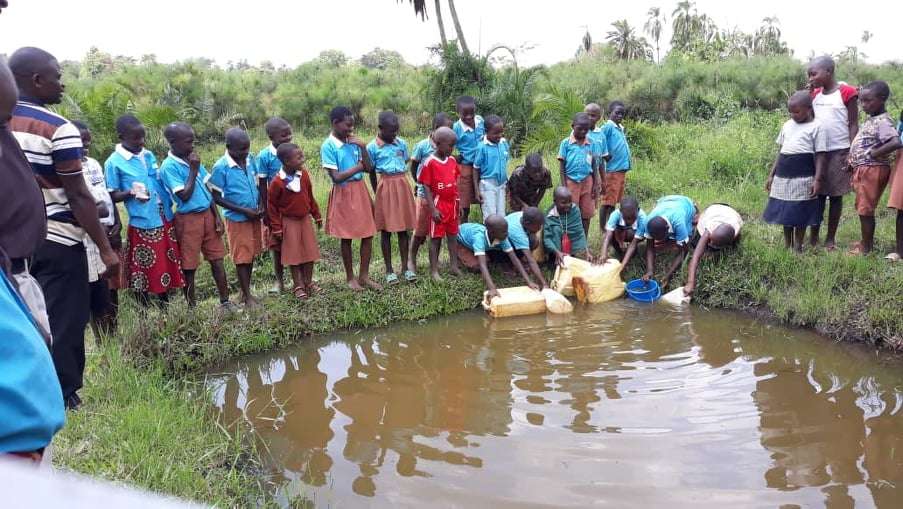 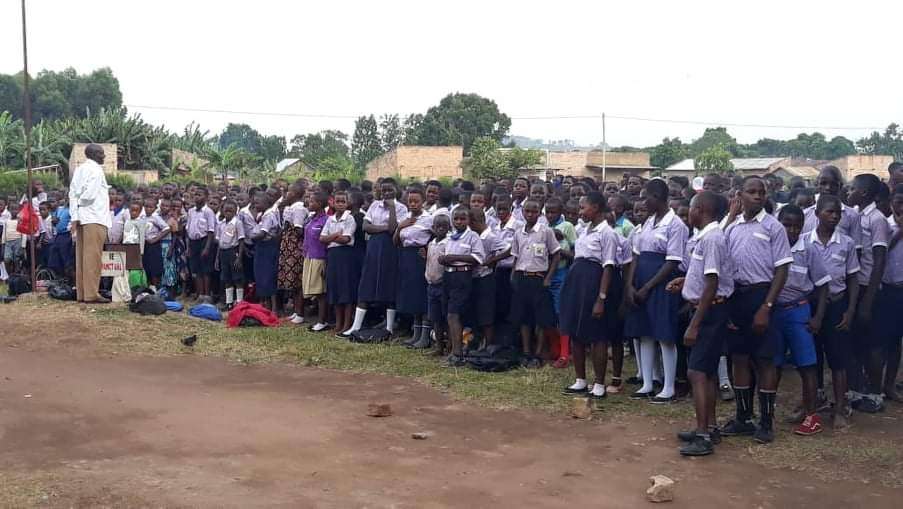 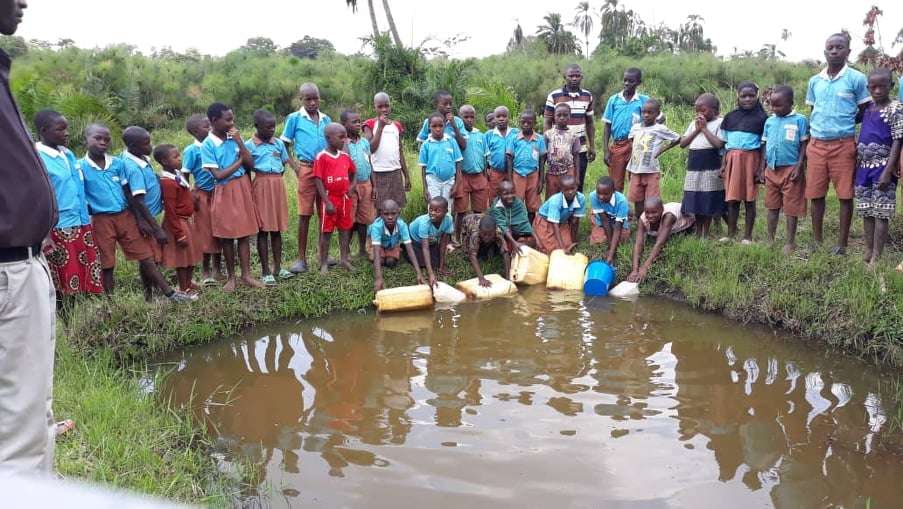 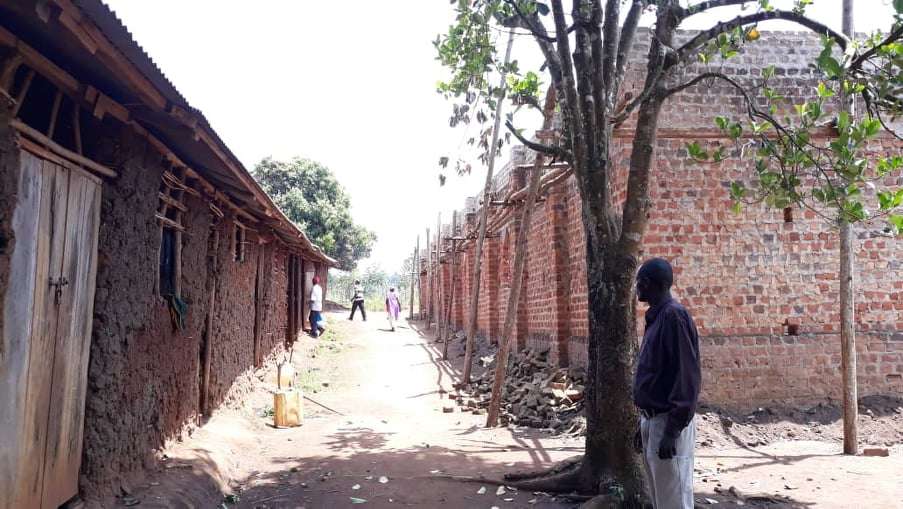 Bad news, good news.  Unfortunately, the bad news is there were logistical issues around obtaining plaques for a number of wells, including this well at St. Luke’s.  The field team has been waiting to return and place a permanent plaque on the well and host a celebration ceremony, until plaques are in-hand.

But the good news is that the well was drilled in June 2022.  And then later in the summer of 2022 the concrete apron for the well was poured.  What this means is that since June 2022, around 1,000 people have had clean water every day due the generosity of the donors who made this well possible.

In the images below, a portable LS-200 drilling rig is used to drill the borehole at St. Lukes. 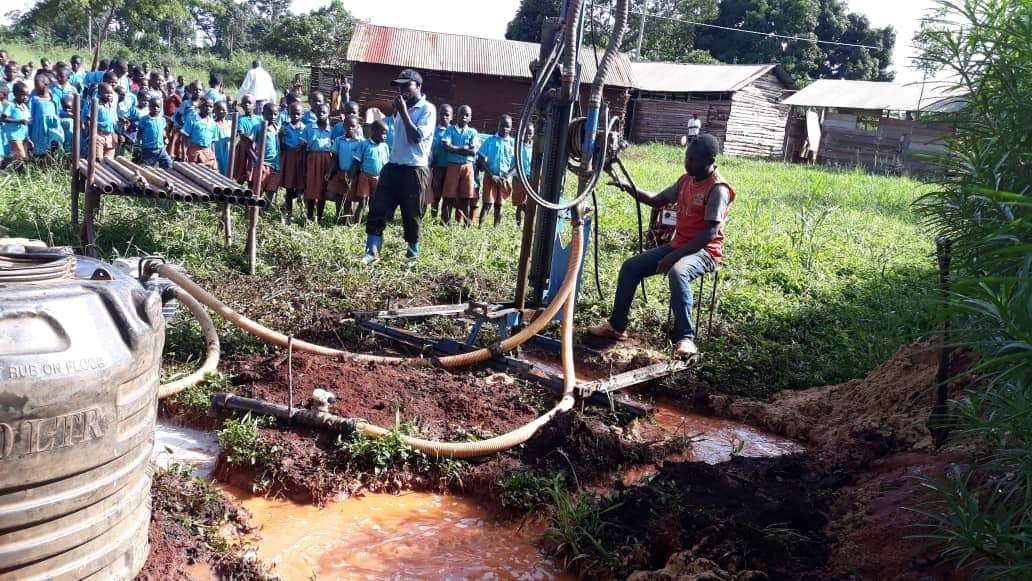 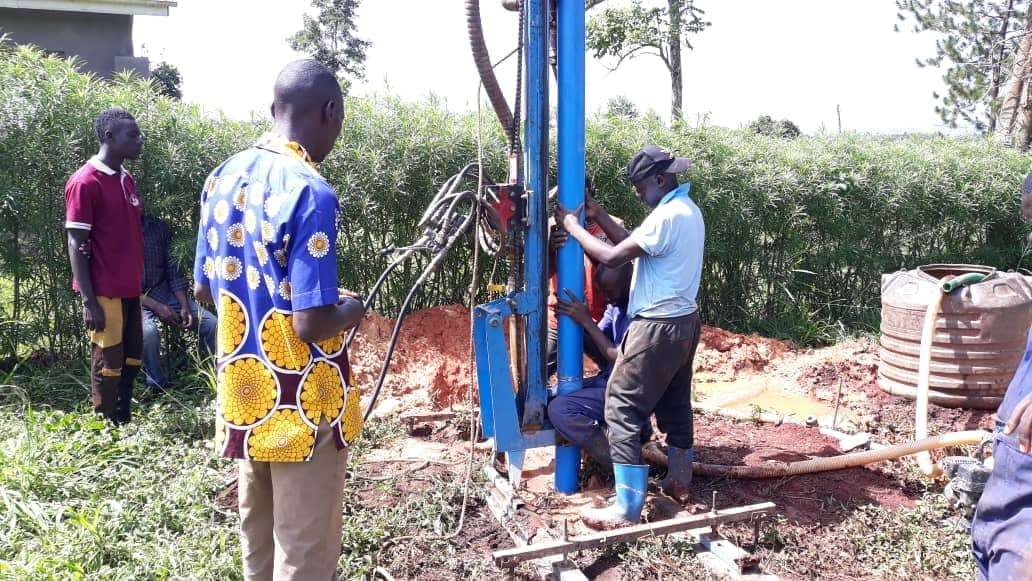 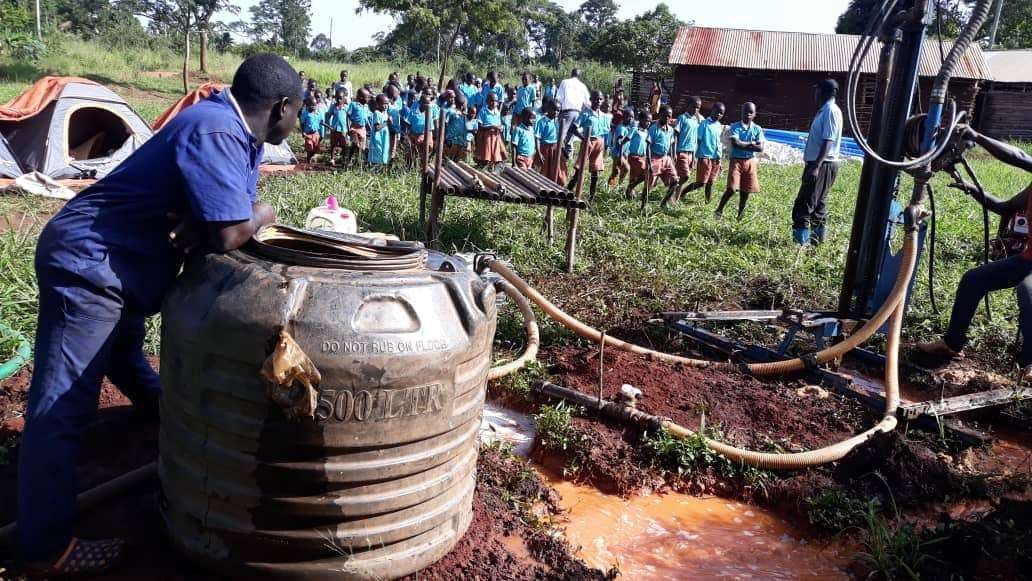 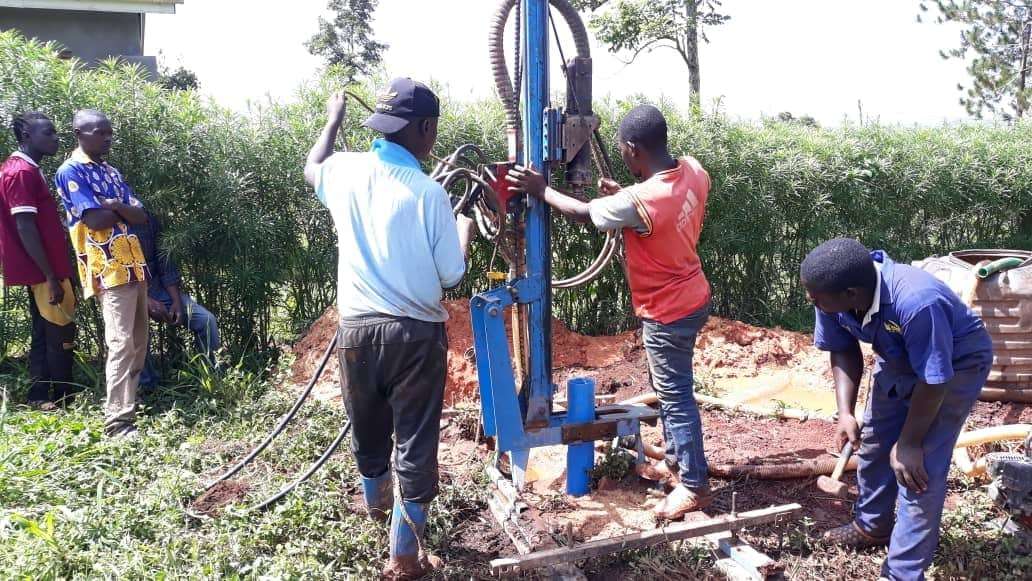 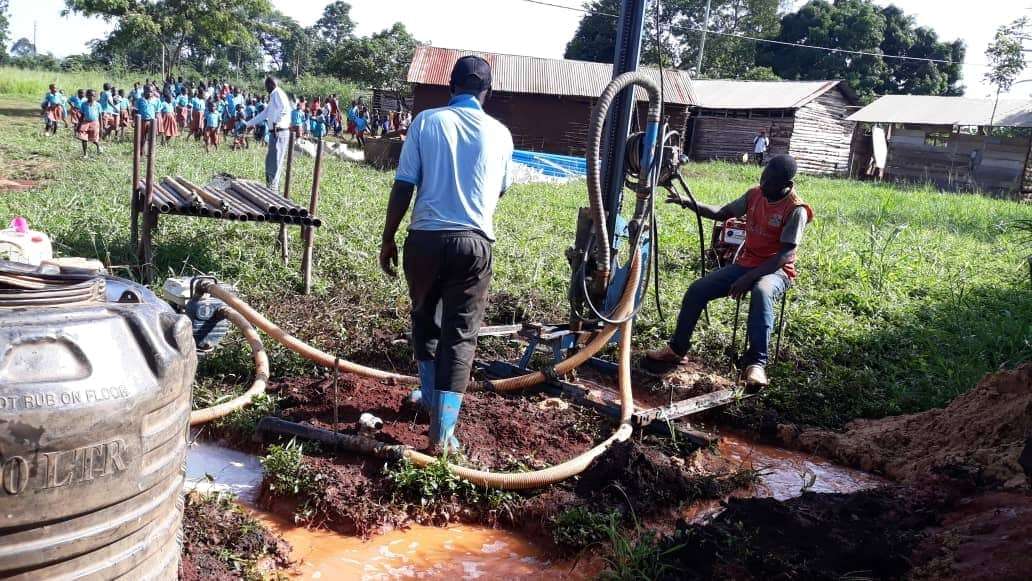 After the well was drilled, the well head was installed making clean water available to the school and village surrounding St. Luke’s. 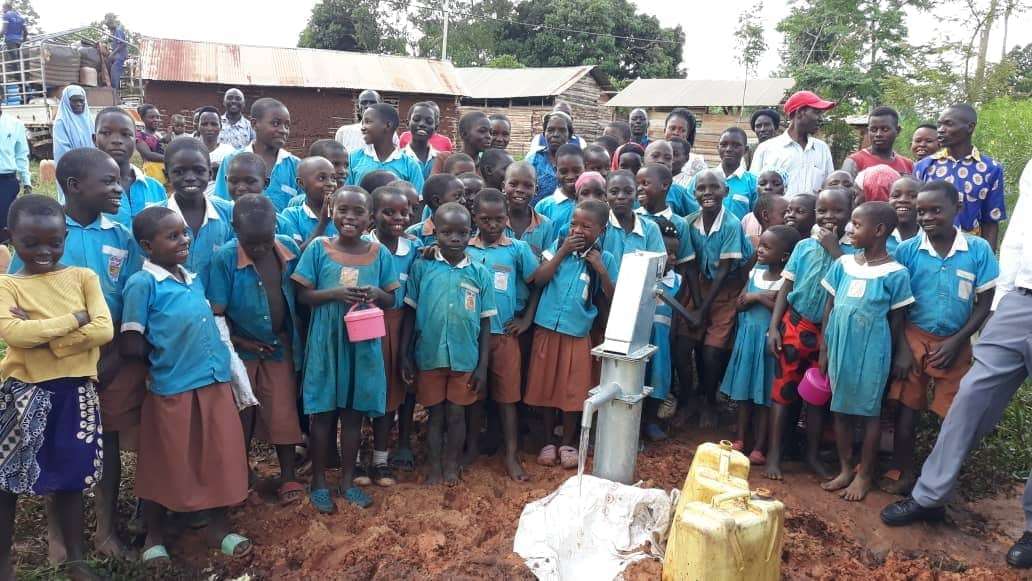 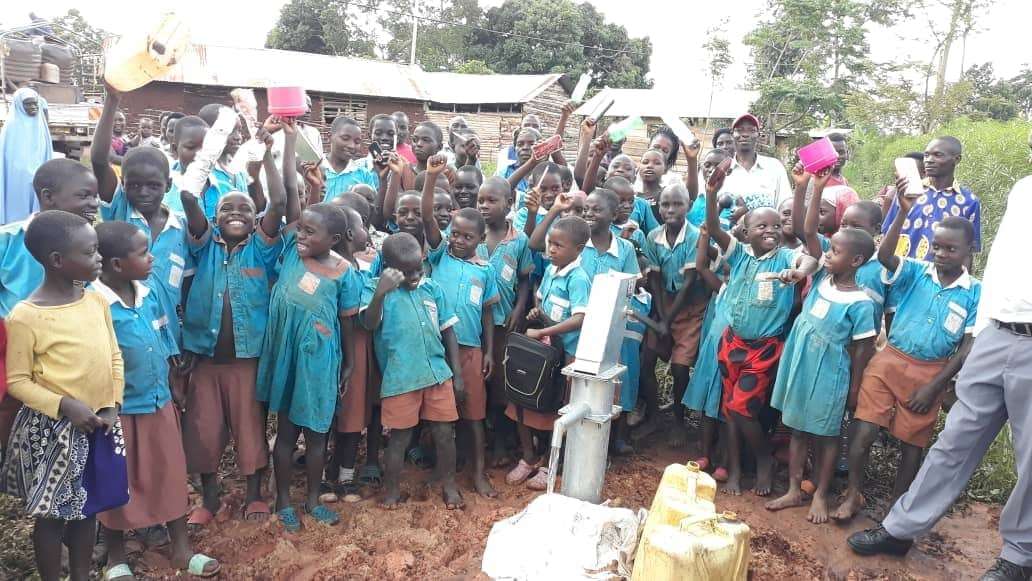 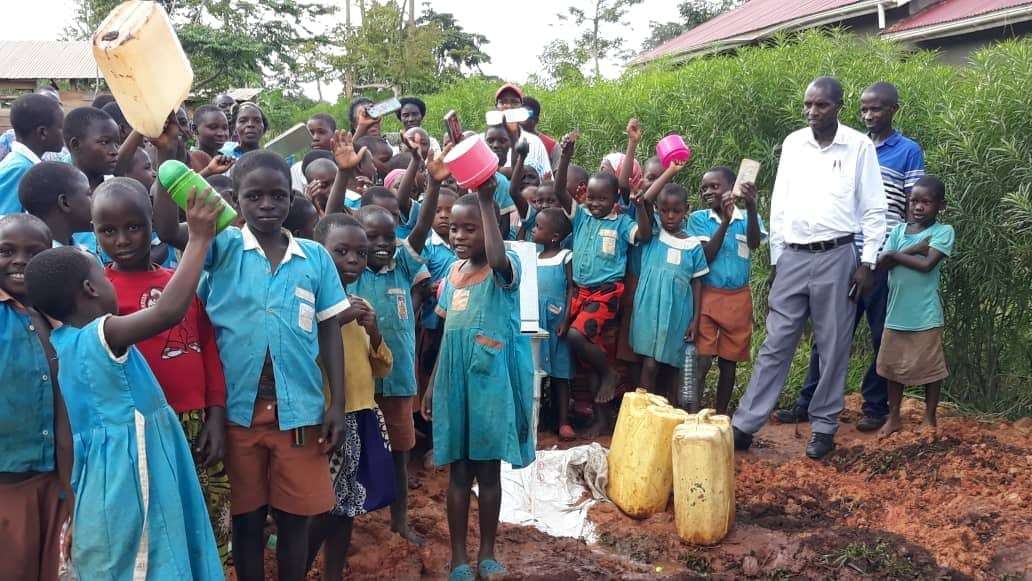 Later in the summer of 2022, the concrete apron was poured.  Etched into the apron is the borehole drilling date and the depth of the well. 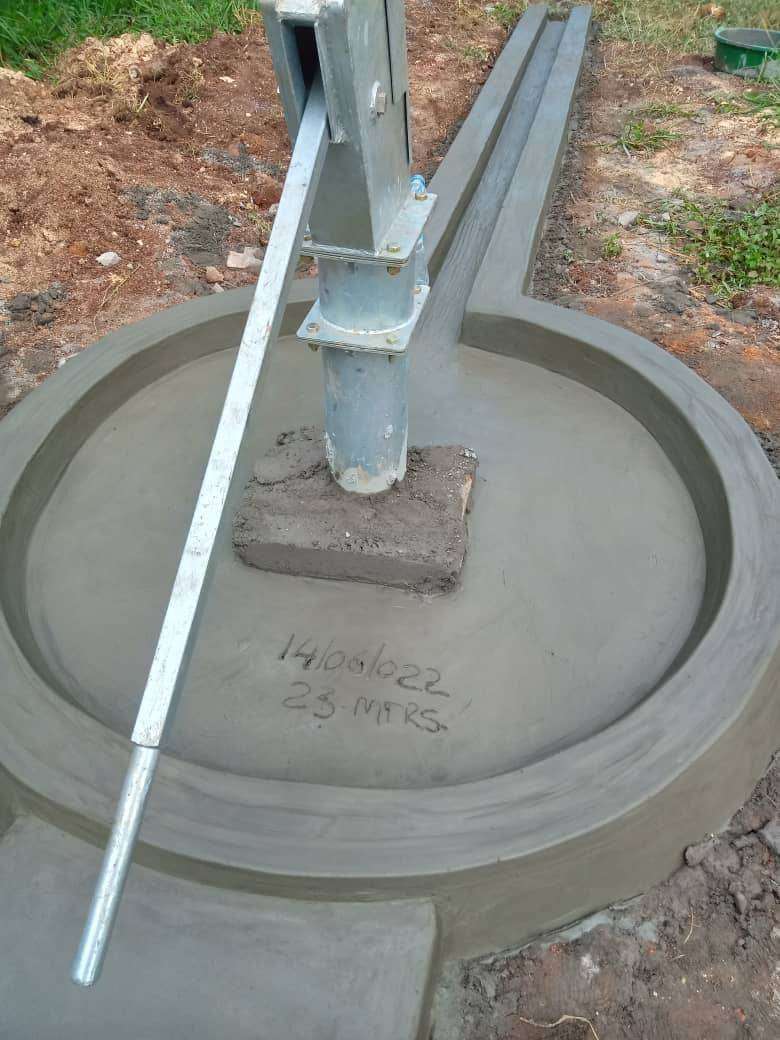 At this point, the well is fully operational.  The field team will return to the well site and host a celebration ceremony once they receive the plaque from the plaque manufacturer.  We will follow up with a completion report update when that happens.  We sincerely apologize in the delays in reporting and the issues in the field caused by the logistical issues getting a plaque for the well.

We’ll leave you with one final thing for now.  Back in late May 2022, in appreciation of the about-to-be-drilled borehole, the water committee that was formed to oversee this well at St. Luke’s wrote and signed the following thank you note. 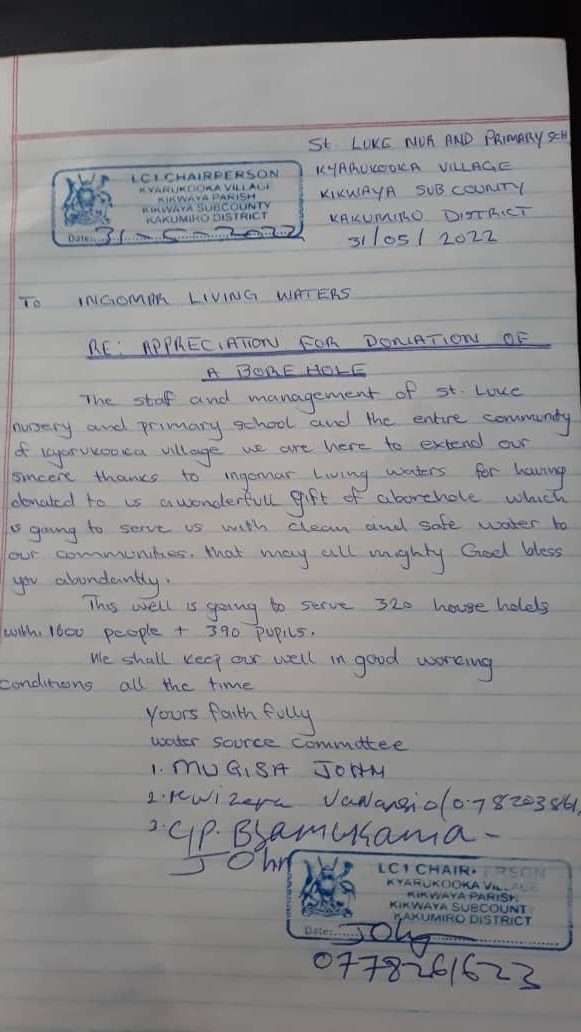