The school and community do not have access to safe water. They currently are collecting water from a hand dug well covered with a metal cover. They drop buckets with the dirty rope into the water again and again, continuing to contaminate the water. There are no clean water points near this community, only other shallow hand dug wells.

Waterborne illnesses are common including diarrhea, typhoid, and parasites. You would see young children with pot bellies full of worms. They can be treated but continue to return due to the contaminated water source.

Life is tough and learning is even harder when you don’t feel well. Children miss school often due to waterborne illnesses. 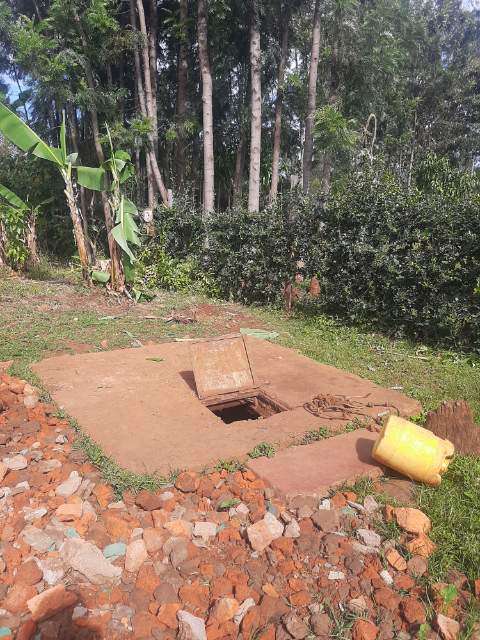 The 450 students enrolled at Oboch Primary School suffered from the water crisis on a daily basis. They draw water from a hand-dug well with a rope and bucket. Often, the water level receded so that it wasn’t reachable. When this
happened, the community members had to wait for groundwater to refill the well and ration their water in the meantime. Water access was a toilsome and stressful task. The residents never knew if they would have enough water for all of their needs, so they used it cautiously. Students were often late to class because they were collecting water for their families.

Because of the scarcity of water in the community, sanitation and hygiene practices were difficult. This meant that illnesses spread quickly in the community, especially at the school. Furthermore, the community members
knew that water from both the hand-dug well and was unsafe to consume. Yet they had no other choice but to use it. This shamed and repulsed them, but water is a basic human need, and they had no other option. Waterborne
illnesses were commonplace. When they were ill, the students missed even more time in class and fell further behind.

Sickness, the stress associated with rationing, and the toil of sourcing water were wearing the students and their families down. Something needed to change. The community members began to seek out external help. 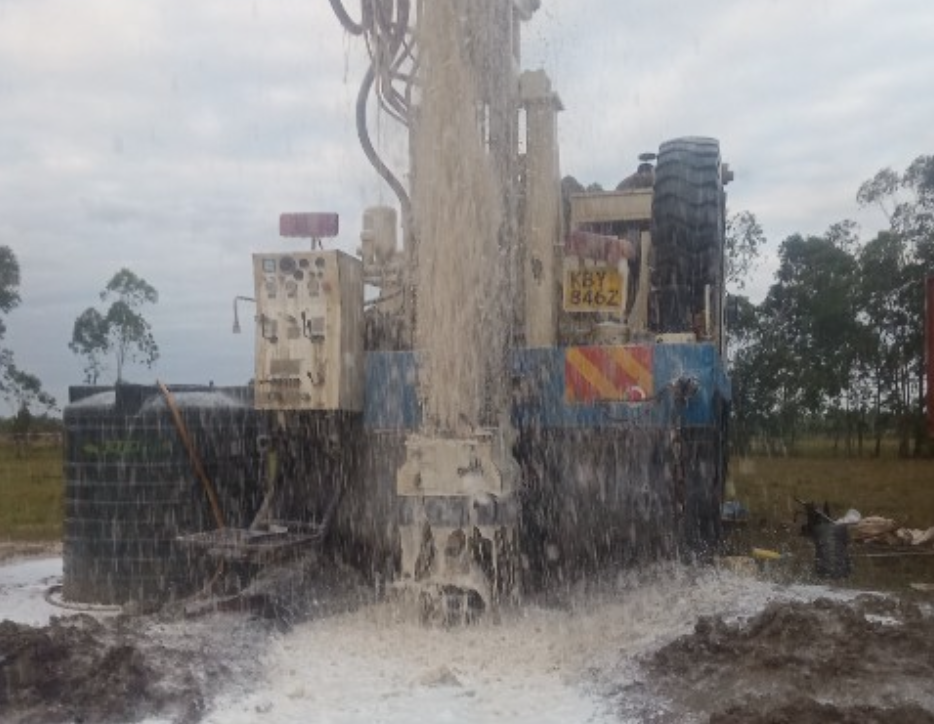 THE STAFF WORKS ON DRILLING THE WELL. 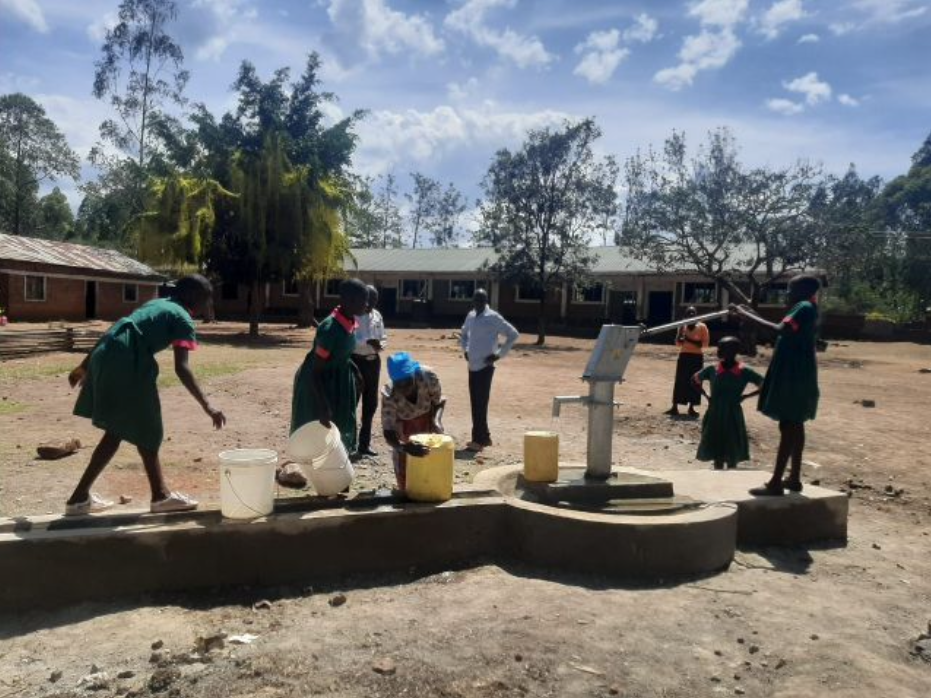 THE PROJECT IS COMPLETE! 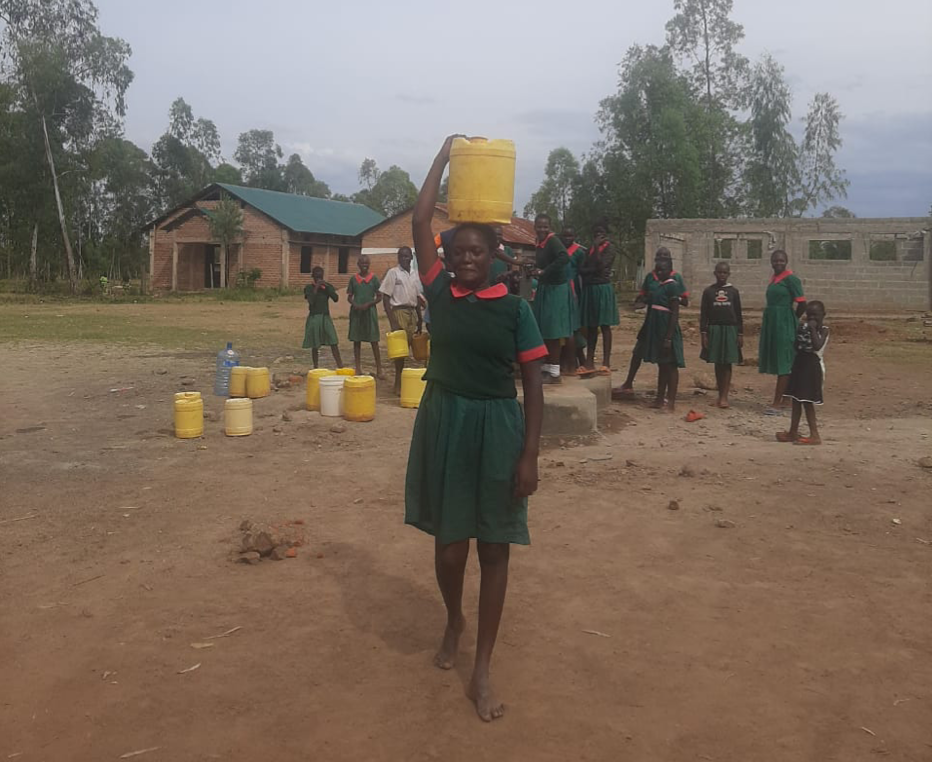 A STUDENT COLLECTS WATER FROM THE NEW PUMP FOR THE FIRST TIME! 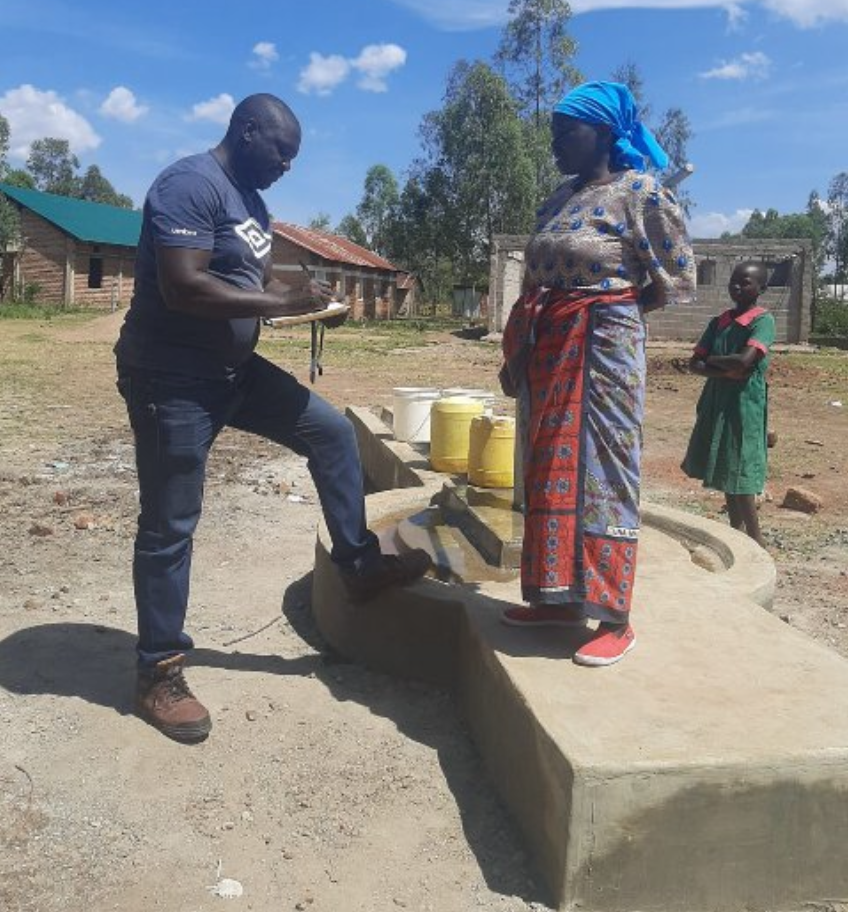 CONSOLATA KNOWS THAT SAFE WATER ACCESS WILL TRANSFORM HER COMMUNITY.

The Living Water Kenya team also helped the community prepare for a future of safe water management. With their guidance, the community members formed a water user committee. The committee will collect a small fee per household for use of the water in order to save a fund to cover the cost of future repairs to the well. They will also remain in contact with the Living Water field staff about the functionality of the pump. The community is proud to take ownership of a system that will improve their community health and sense of efficacy. The gift of safe water gives them an opportunity to strengthen and expand their community development capacity.

“We used to wake up early in the morning and go the distance to collect water
from the well. After we drew water from it, we had to wait for it to refill overnight
in order to use it again. The water from the well was brown. Once, my daughter
overused the water we had in our household, so we had to go without water for
the rest of the day. Now that we have this new safe water well at the school, we
won’t have to rise at three in the morning to collect water. We know that the
water from our well is plentiful and safe.”

Living Water facilitated sanitation and hygiene promotion activities in the community. The interactive lessons supplemented with visual aids helped the community members plan for changes to their hygiene and sanitation behaviors.

They learned that improvements of this nature will keep their safe water supply sustainable and improve health trends in their community. Living Water also worked with the school to establish a health club.

This student-led group will champion improved hygiene and sanitation as well as safe water storage and usage at the school. 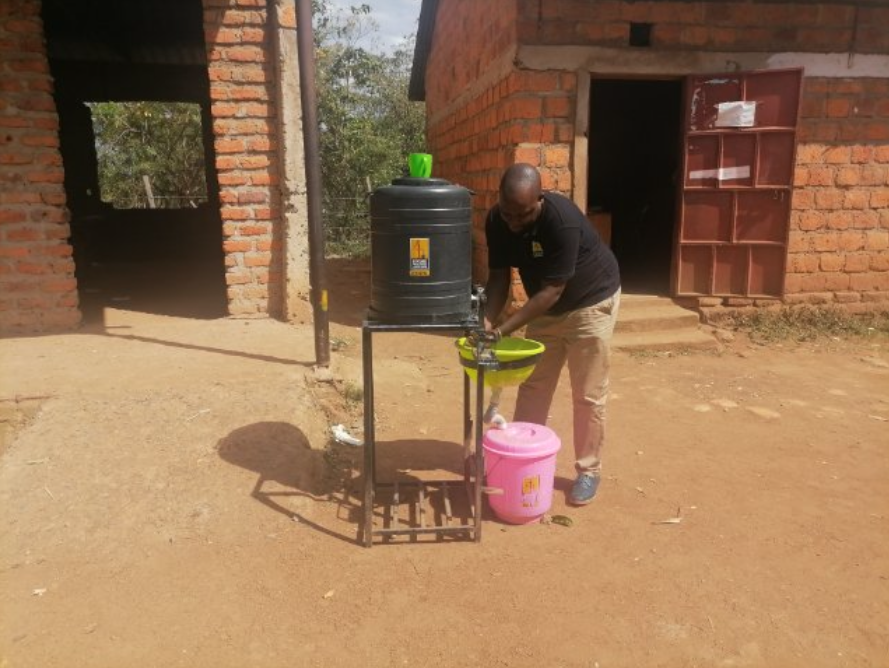 THE LIVING WATER STAFF GIVES THE SCHOOL A HANDWASHING STATION.

The Living Water Kenya team also held a gospel proclamation activity at Oboch  Primary. The students and adults in attendance received copies of The New Testament to keep as gifts. The staff shared the message of the living water of Jesus
Christ, which alone fulfills the community members’ deepest spiritual thirst. This message comes from John 4:13-14 (NIV): “Everyone who drinks this water will be thirsty again, but whoever drinks the water I give them will never thirst. Indeed, the water I give them will become in them a spring of water welling up to eternal life.” 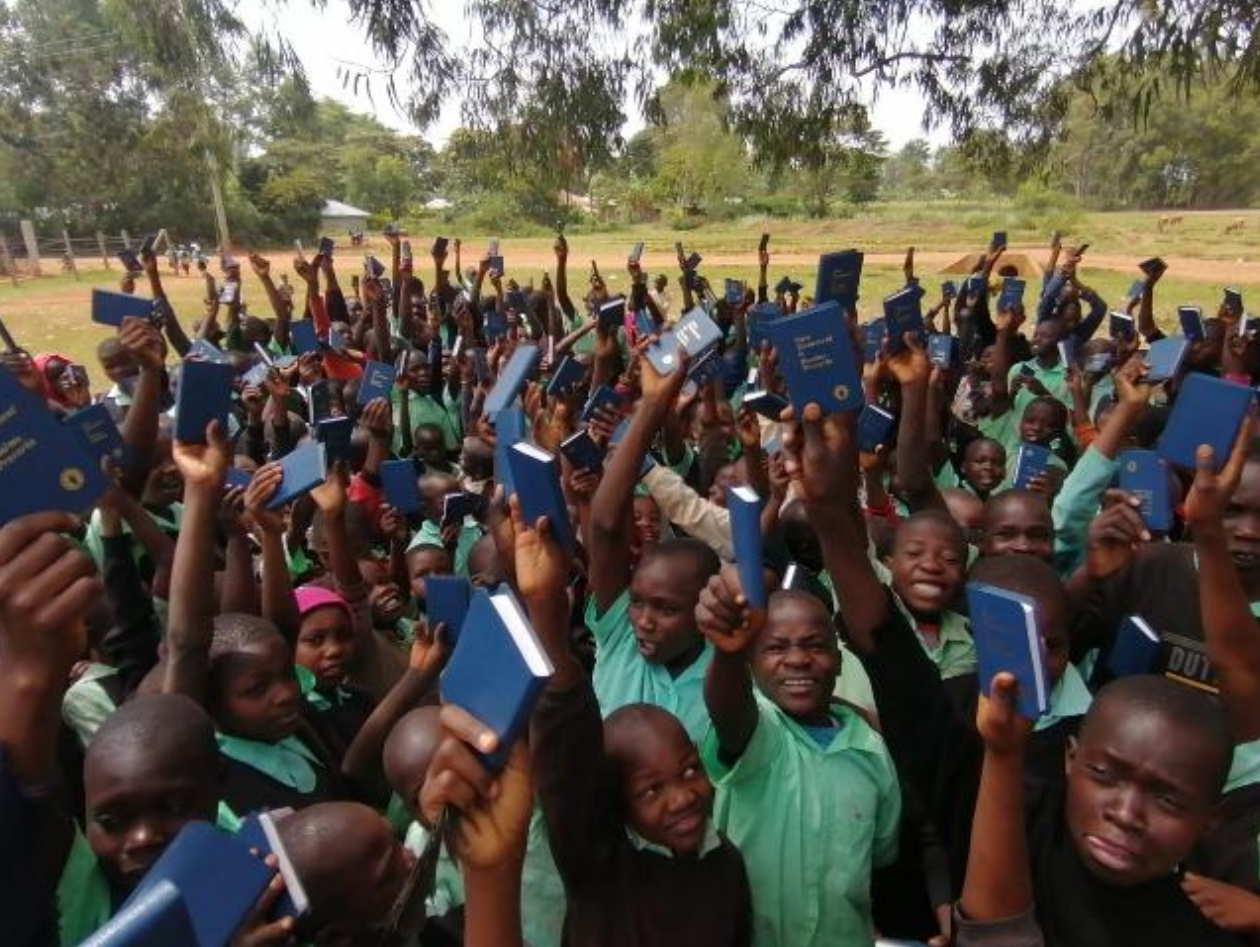 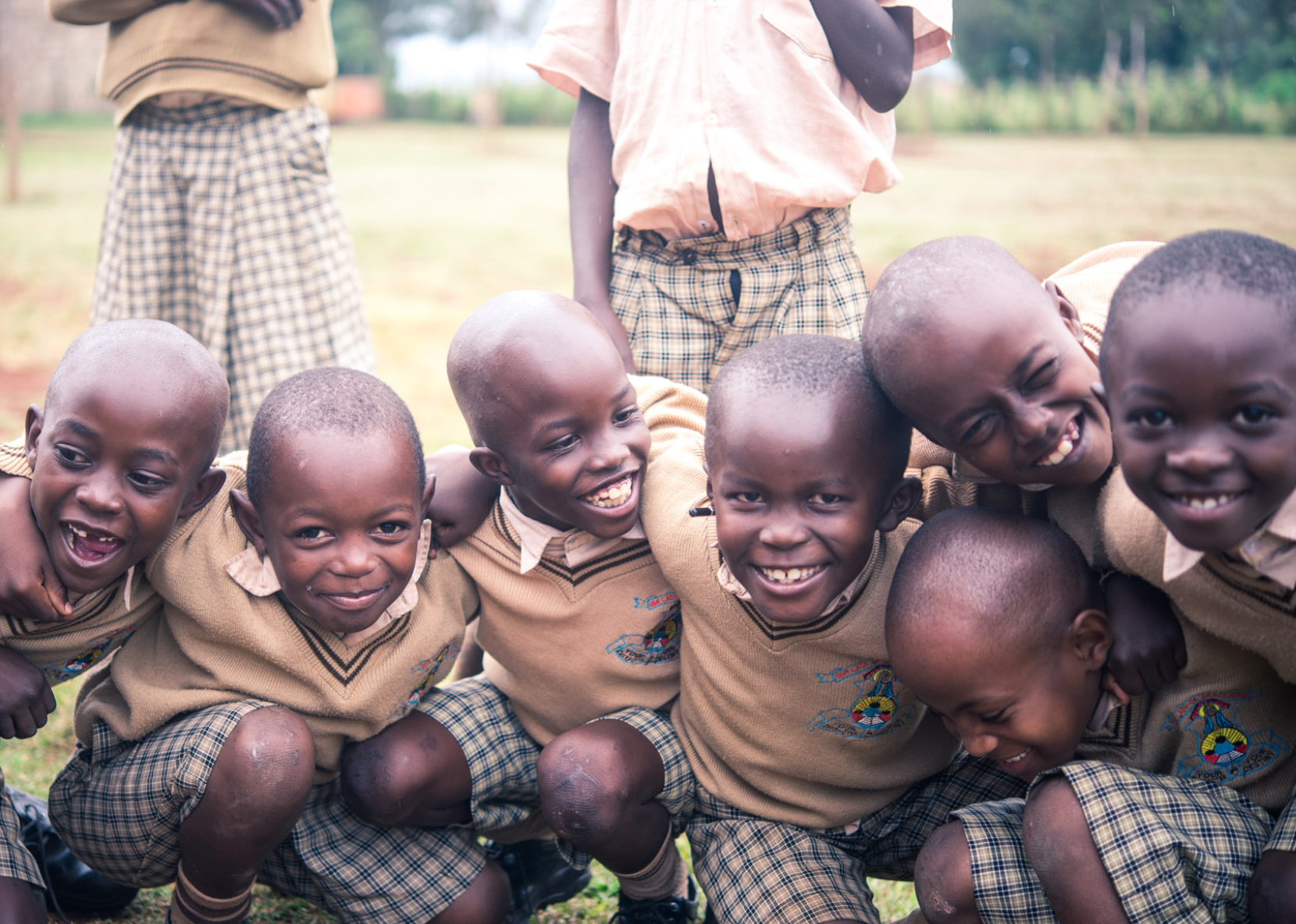 The new well at the school will serve as a continuous reminder of the way the Lord cares for our spirits as well as our bodies.