Subuku is a rural village in Kenya with a population of very poor people;  mostly they are farmers. Many are believers and the church is active here, with active disciple-making and outreach. They work very hard, but are forced to drink very contaminated water from open surface water sources, including a river and ponds that fill during rain season and dry up as the dry season goes on. The suffering they face from lack of clean water is so great:

1. Health issues are many.  Sickness and death are common issues. People get their water from a contaminated river and pond. The contamination is due to livestock using the same source as the people.  Poor sanitation also causes sewage in the water.

2. They walk 7 kilometers to the river and pond.

3. If they want clean water, they walk 10 kilometers but usually don’t have money to buy the clean water. The cost is 10 shillings for a jerry can of 20 liters. Then they have to carry it uphill to their homes.

4. To maintain a well, depending on ability to pay, we would ask for only 3-5 shillings a jerry can 20 liters and it would be closer to their homes.  They could afford this.  Those who can’t afford will be given water at the discretion of leaders.

5. Waterborne diseases are frequent issues. Diarrhea, vomiting, Giardia, worms, dysentery, typhoid and cholera, as well as skin rashes, and infections due to not cleaning wounds with clean water.

7. Farms suffer poor harvest during the dry seasons, which are becoming more unpredictable.

8. They don’t have enough money to buy charcoal or wood to boil the water, and they use what firewood they can gather for cooking.

Thanks to ILW, this situation is now changing. We have successfully drilled a deep well!  And we are rejoicing at the purity and strength of the water strike. However the drilling depth went far beyond the original expected outcome requiring another phase to deliver the water to the people. The water is too deep for a hand-pump.  So, the deep well at Subuku is successfully drilled at 250 meters, but is now capped. It requires an electric pump system & a tower with two 10K liter water storage tanks. There will also be a small pump house constructed, which our ministry partners will oversee. To bring this project to completion, to deliver water to the people, the total needed is $17,500. The electric pump system will cost $10,500 and the tower/tanks system will cost $7,000.

This project is for the electric pump system and tower/tanks. See Project 2021-004 for Phase 1. 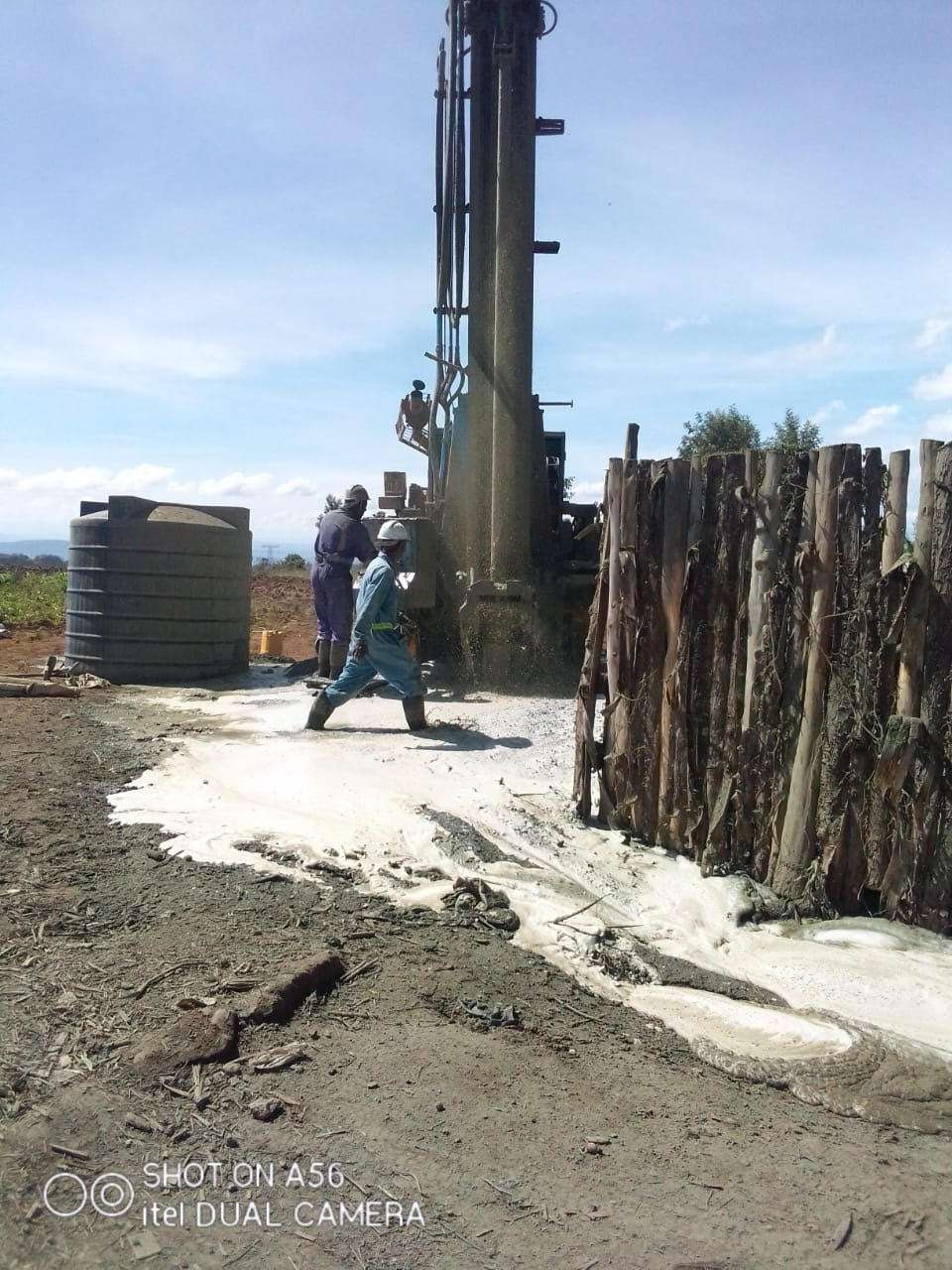 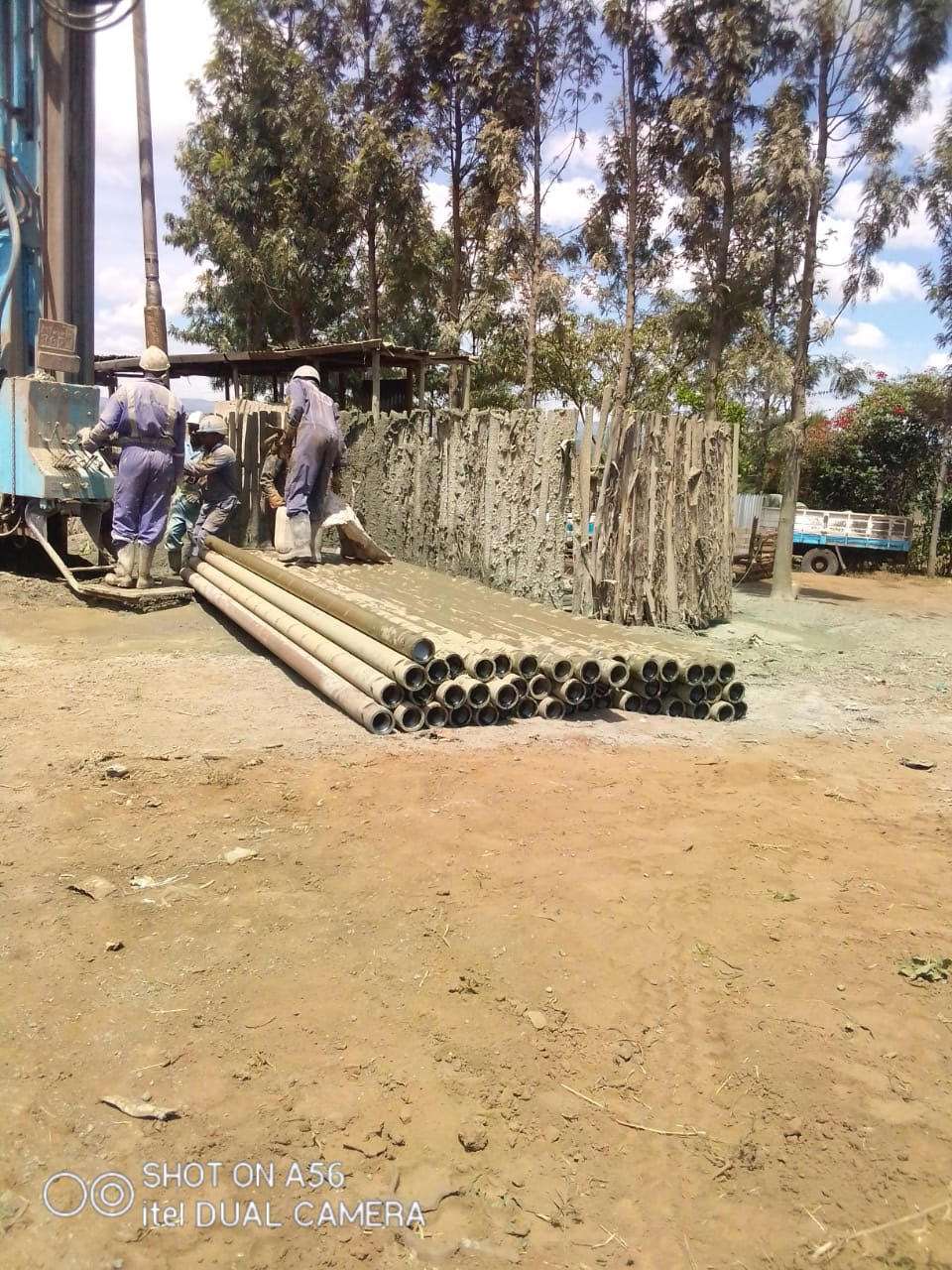 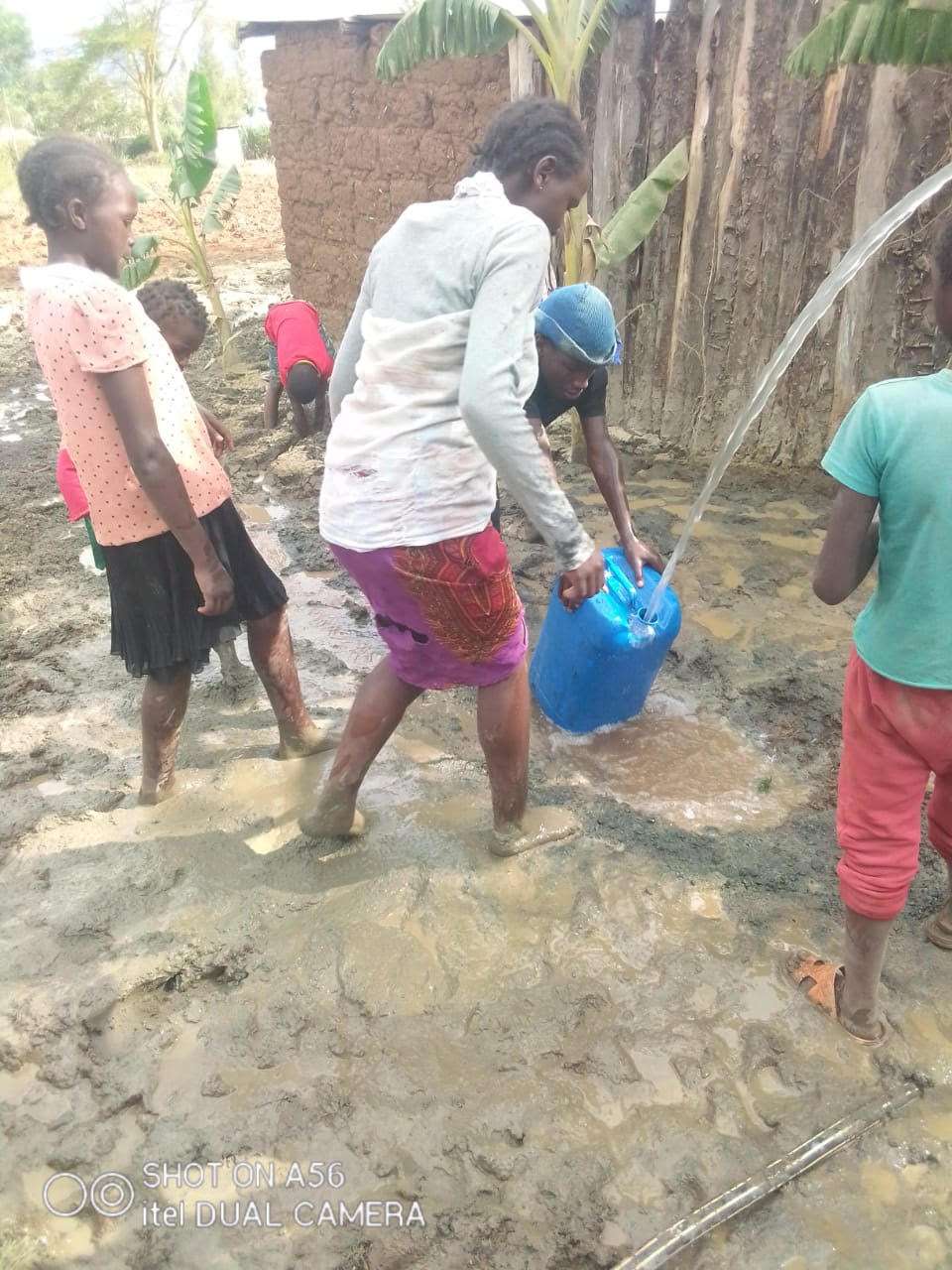 The work is in progress to complete the deep well project at Subuku.

– The pump is installed. The contractors did a good job although not entirely efficiently (meaning they worked slowly.)
– The electrical panel is installed inside a room, and they are now beginning work on the tower. 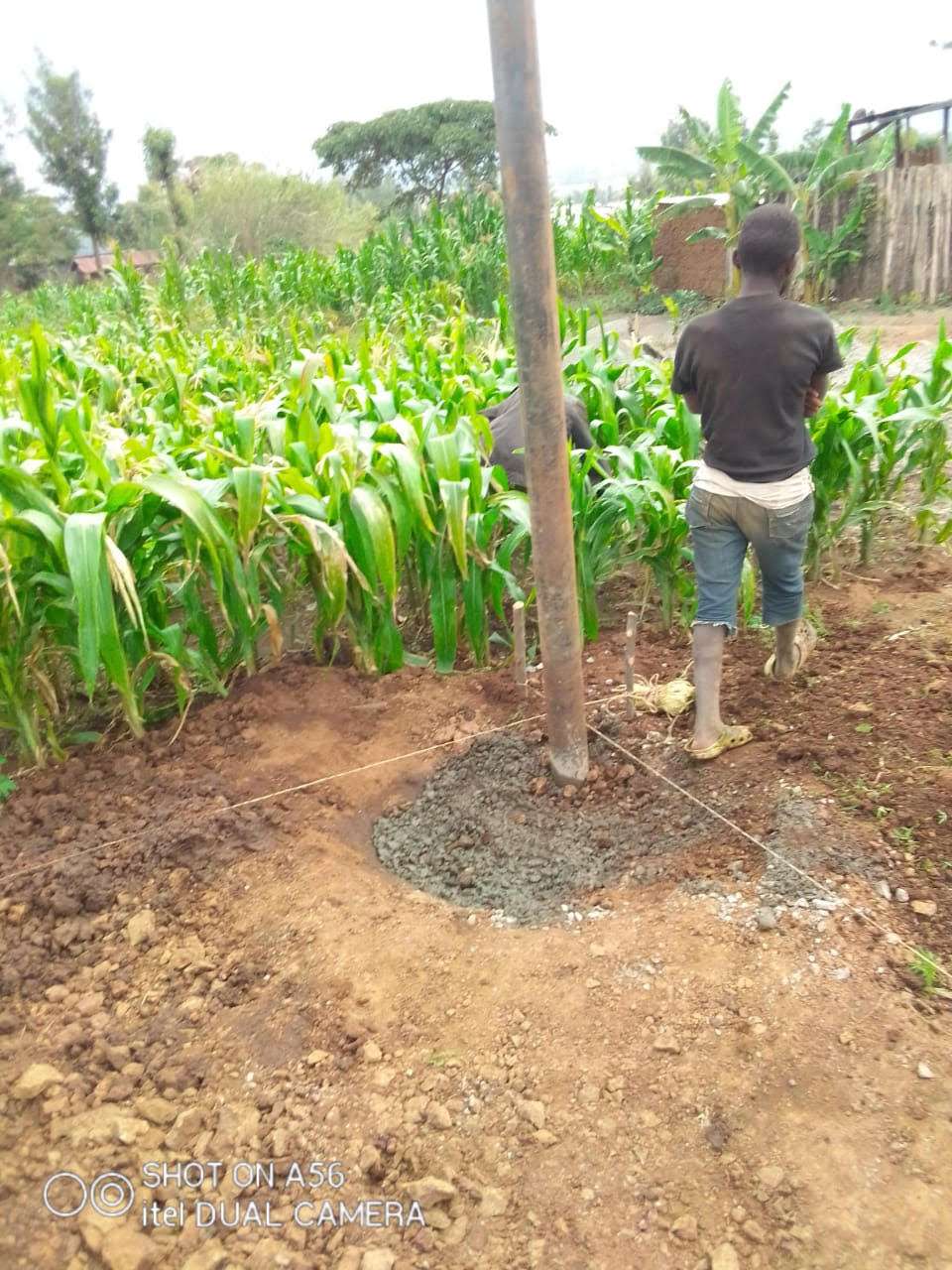 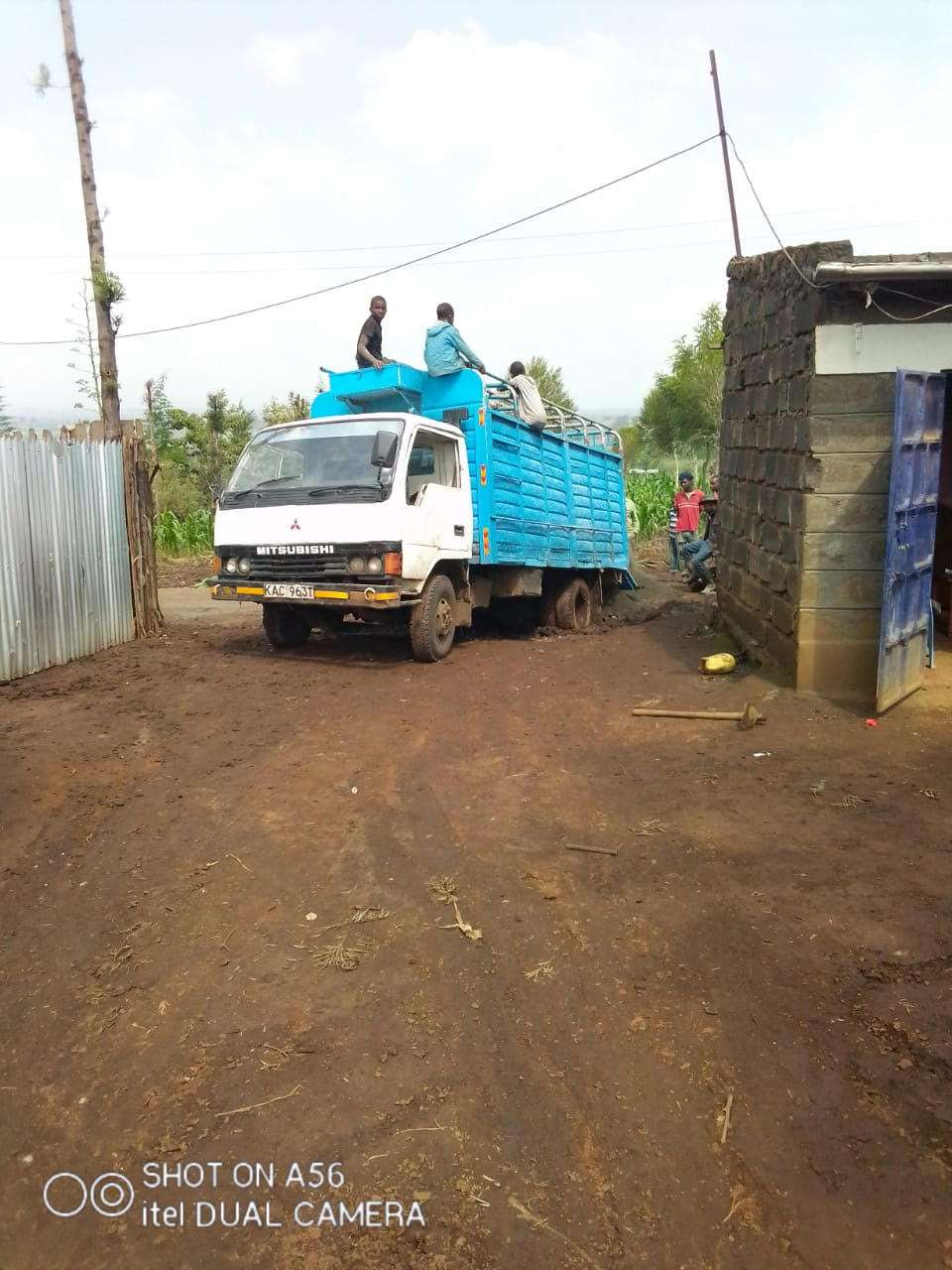 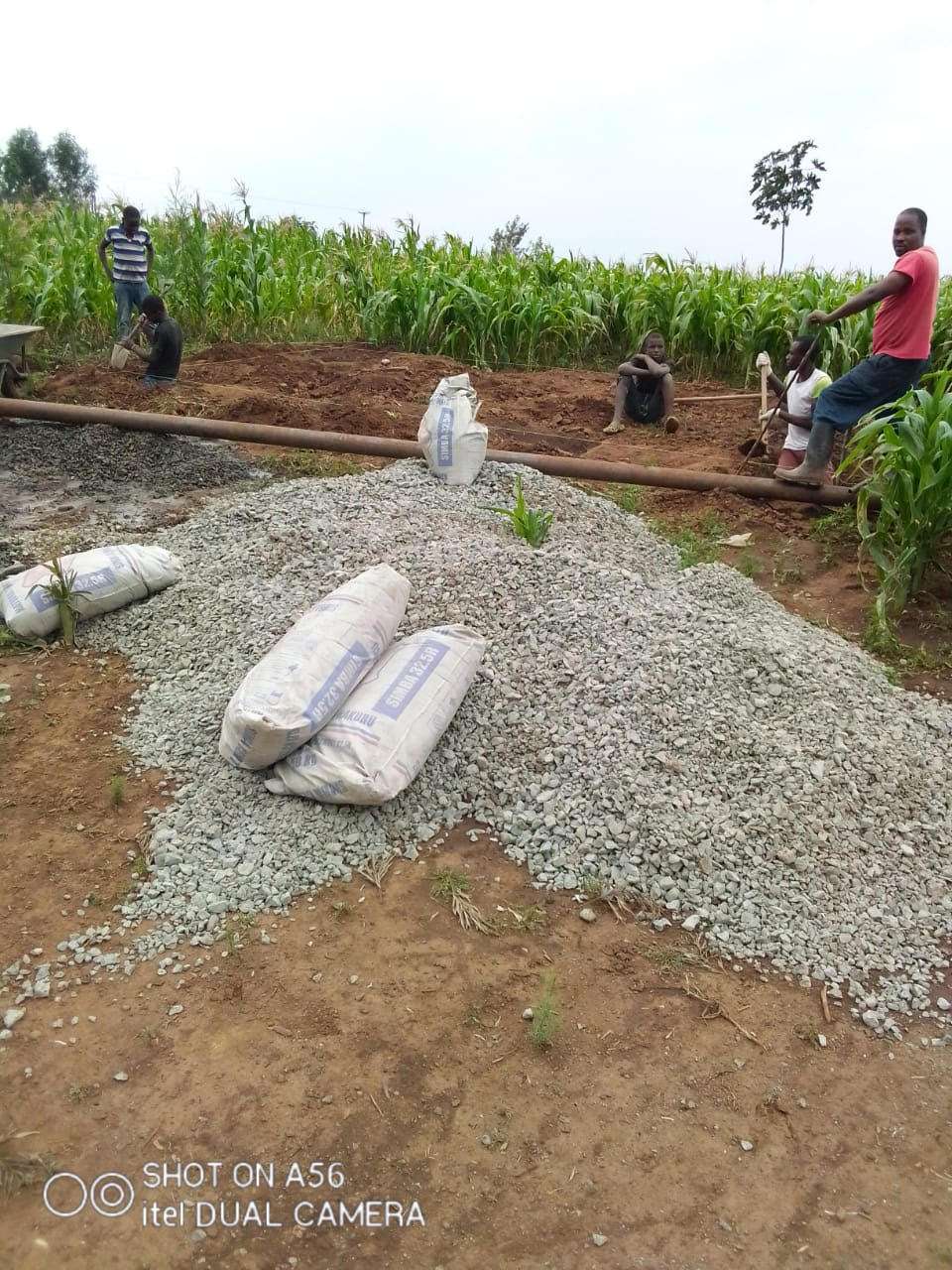 The project at Subuku Village, Kenya is complete!  I can’t help but be reminded of the miracles of the Lord when I think about the completion of this project, and Ingomar Living Water’s very important involvement in this project. On behalf of all who will benefit from the abundant clean water that they are receiving, a deep heart-felt thank you!

Recently, one of my co-workers traveled to Kenya (his blond son accompanied him) and visited with our ministry partner working in Subuku. Their main work was regarding Microloan Ministry, but they visited the project and was impressed and confirmed the great result! You can see them in some of the photos.

Here is an additional detail regarding Phase 2: A small second pump to get the water from ground level up to the tanks was added. So, there are two pumps. The submersible pump and the small one at the bottom of the tower… both securely locked.

Our ministry partner, Cynthia, reports, “We dedicated the project with much rejoicing and thanks giving!”
She recalls the initial discussion that was had in that very spot over 2 years ago, with the hope and prayer for clean water for the people of Subuku.  “…And now, thanks to you, it is a reality!  As you can see in the photos…children are now drinking clear, clean, safe water!  No more are they drinking from physically contaminated waters sources.  May the Lord bless this and every project, that the people will have physical water to drink and also receive Living Water who is Jesus! 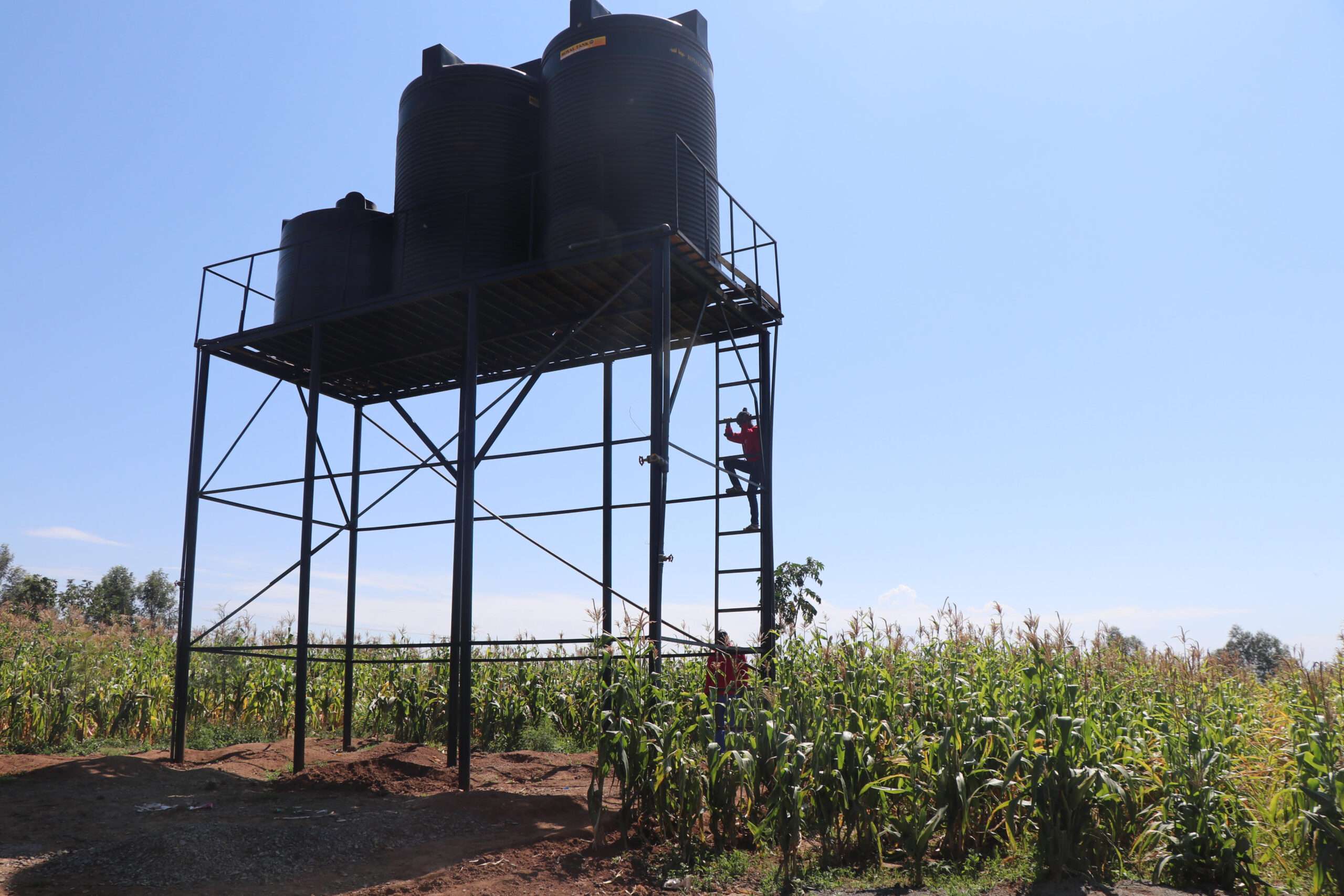 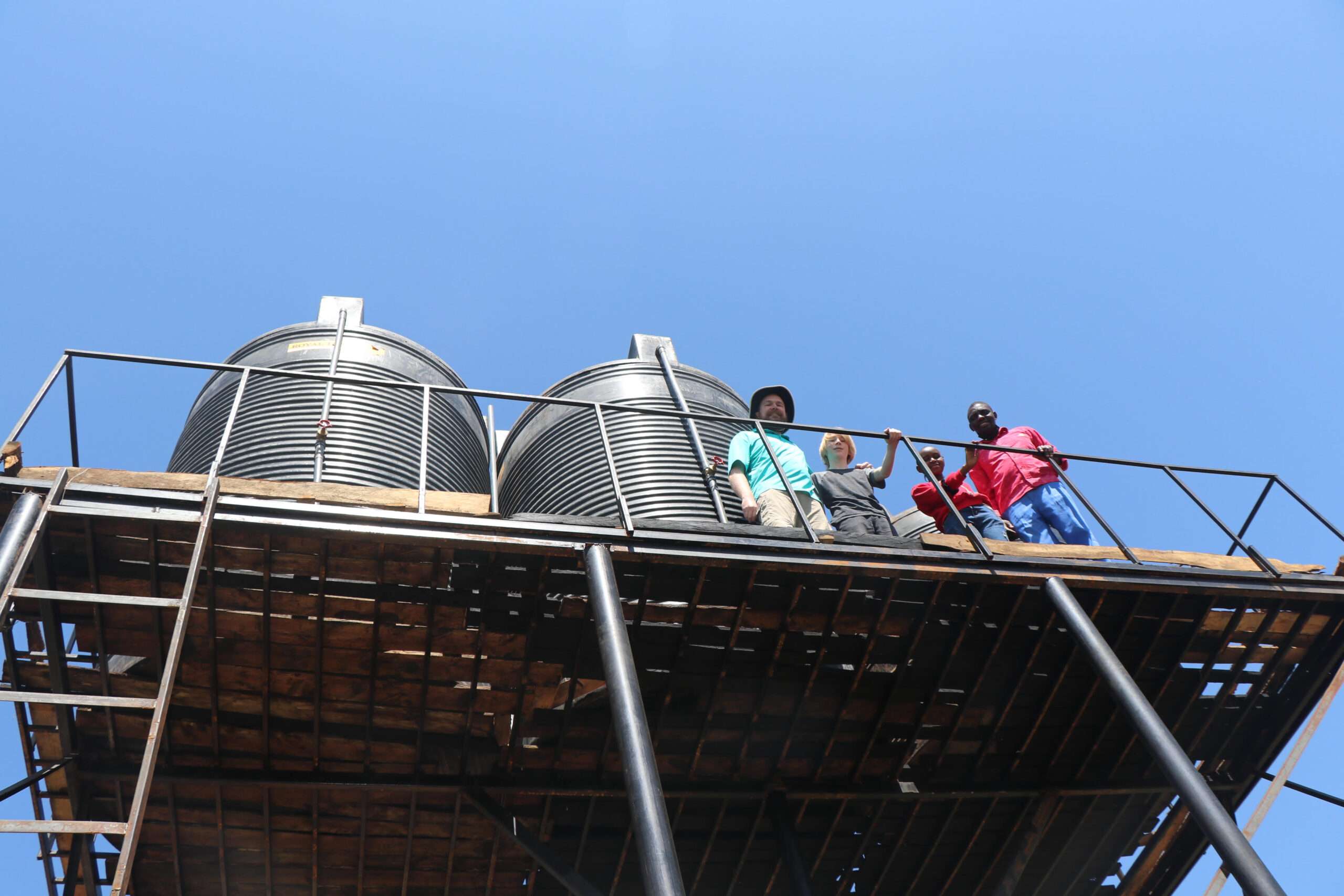 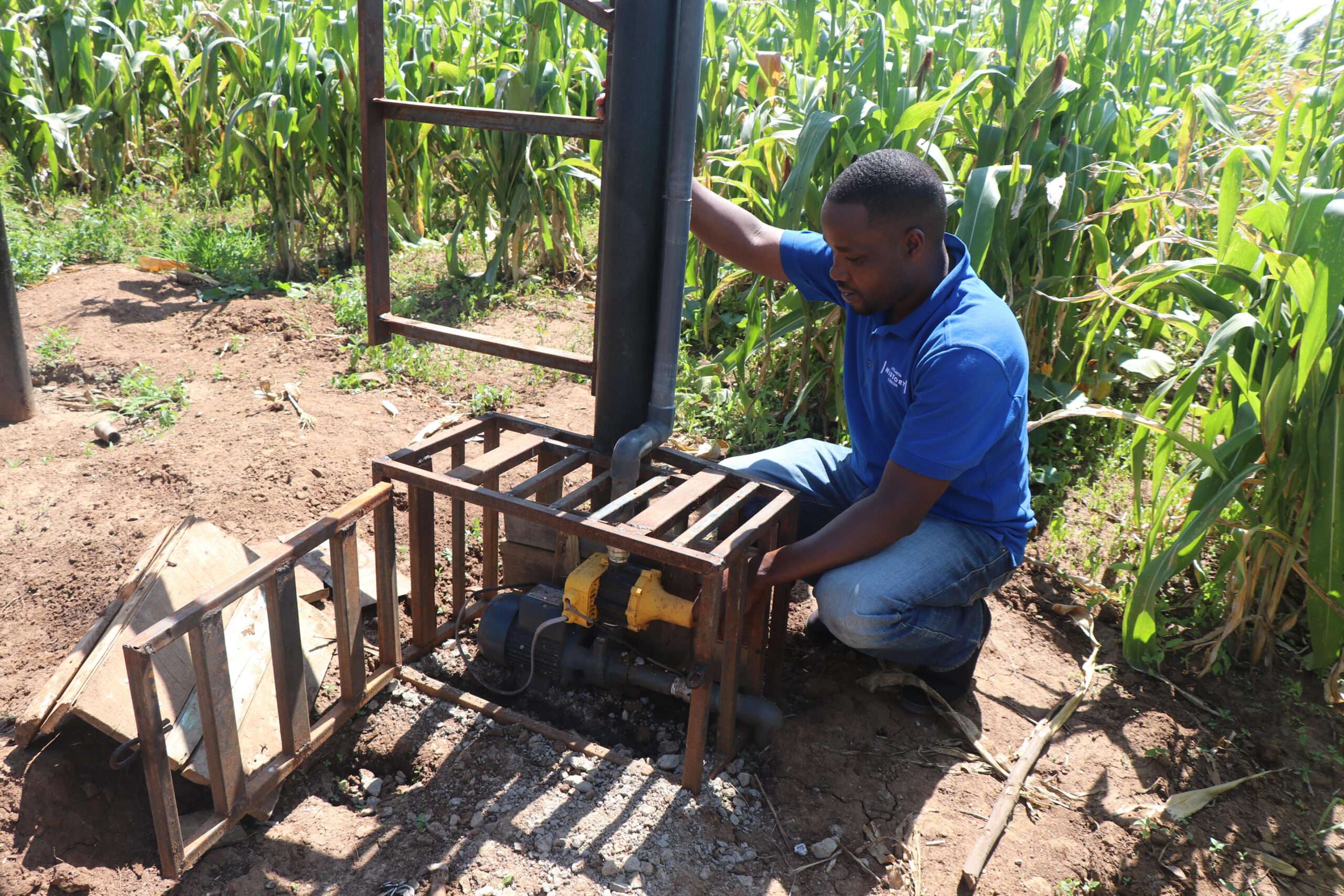 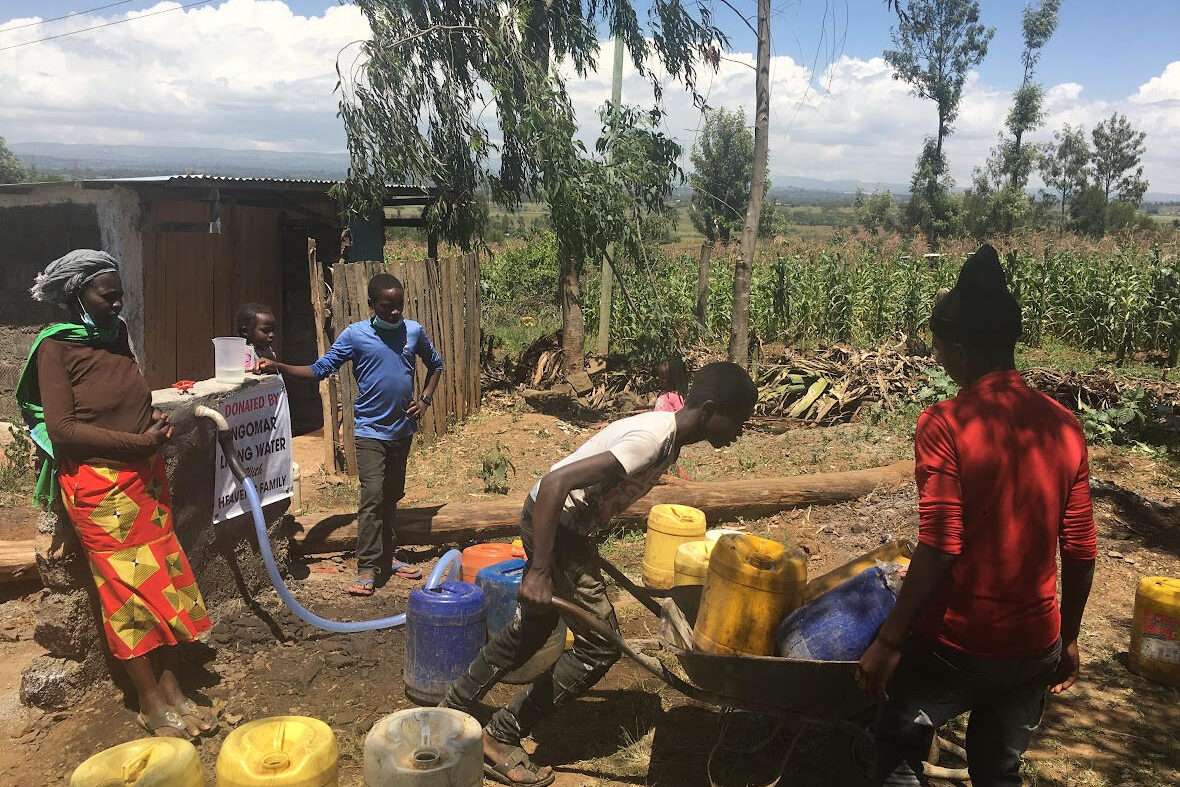 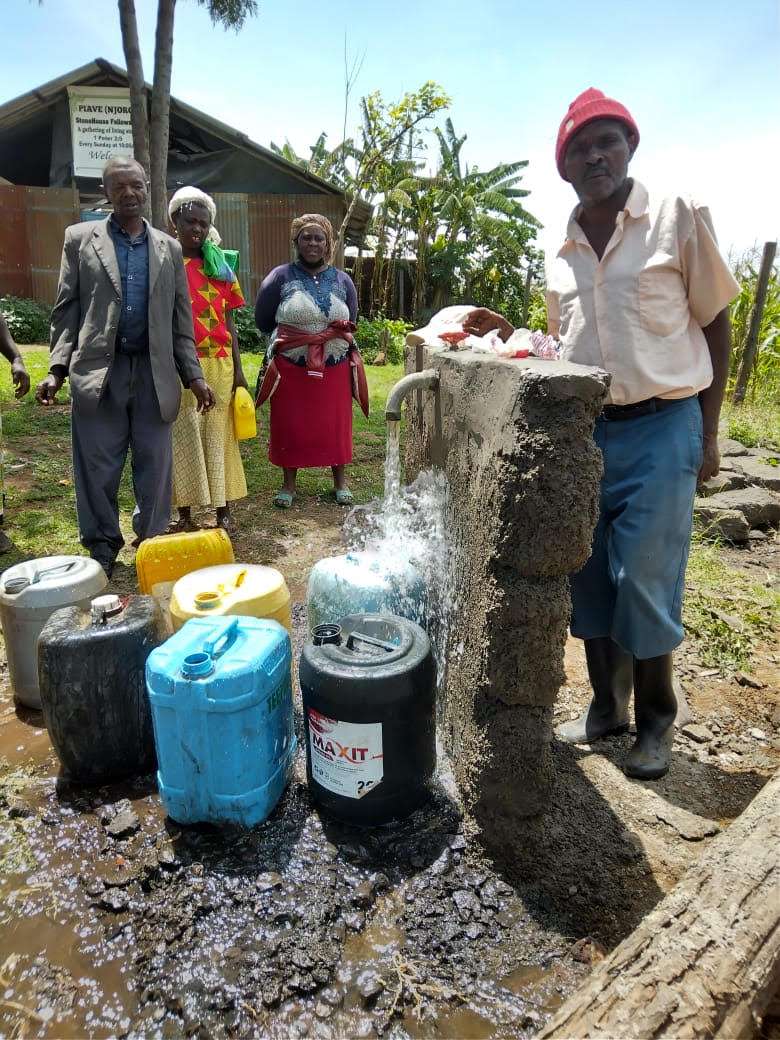 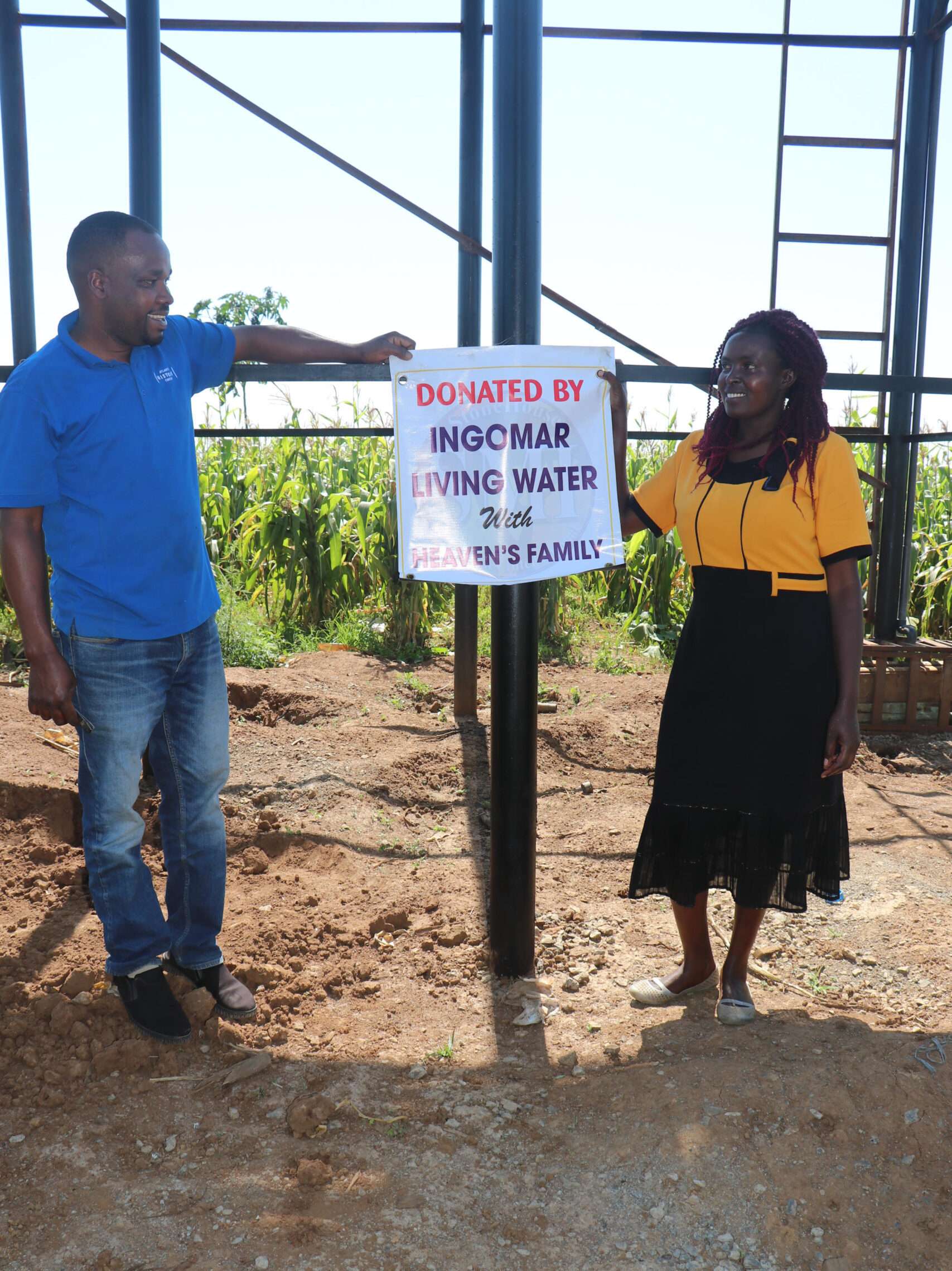 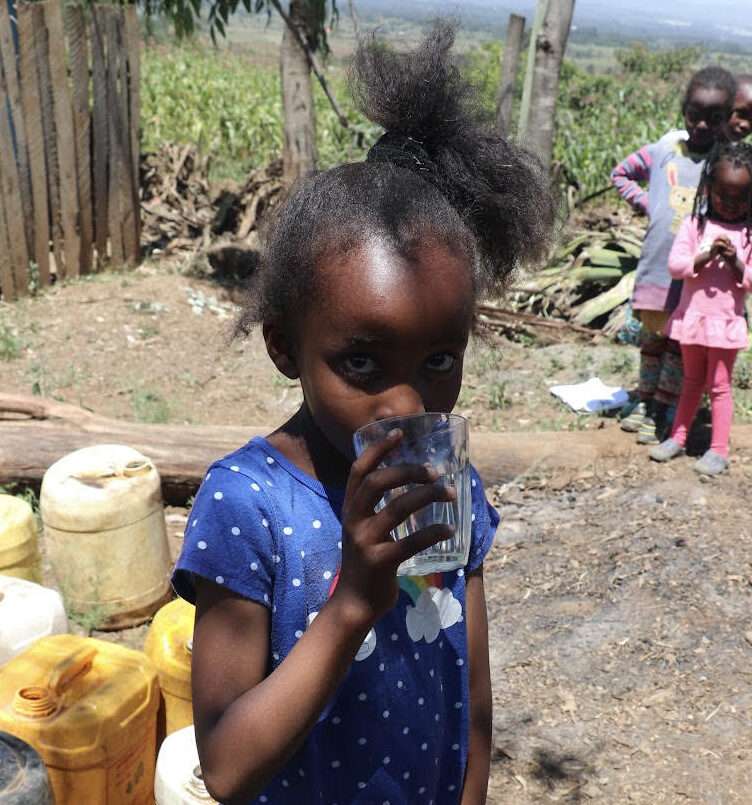 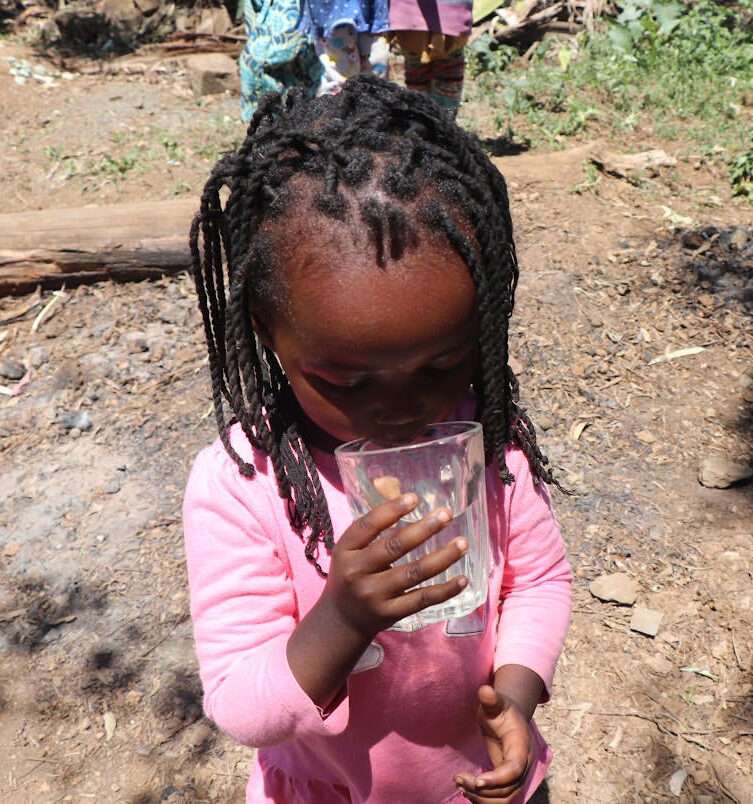 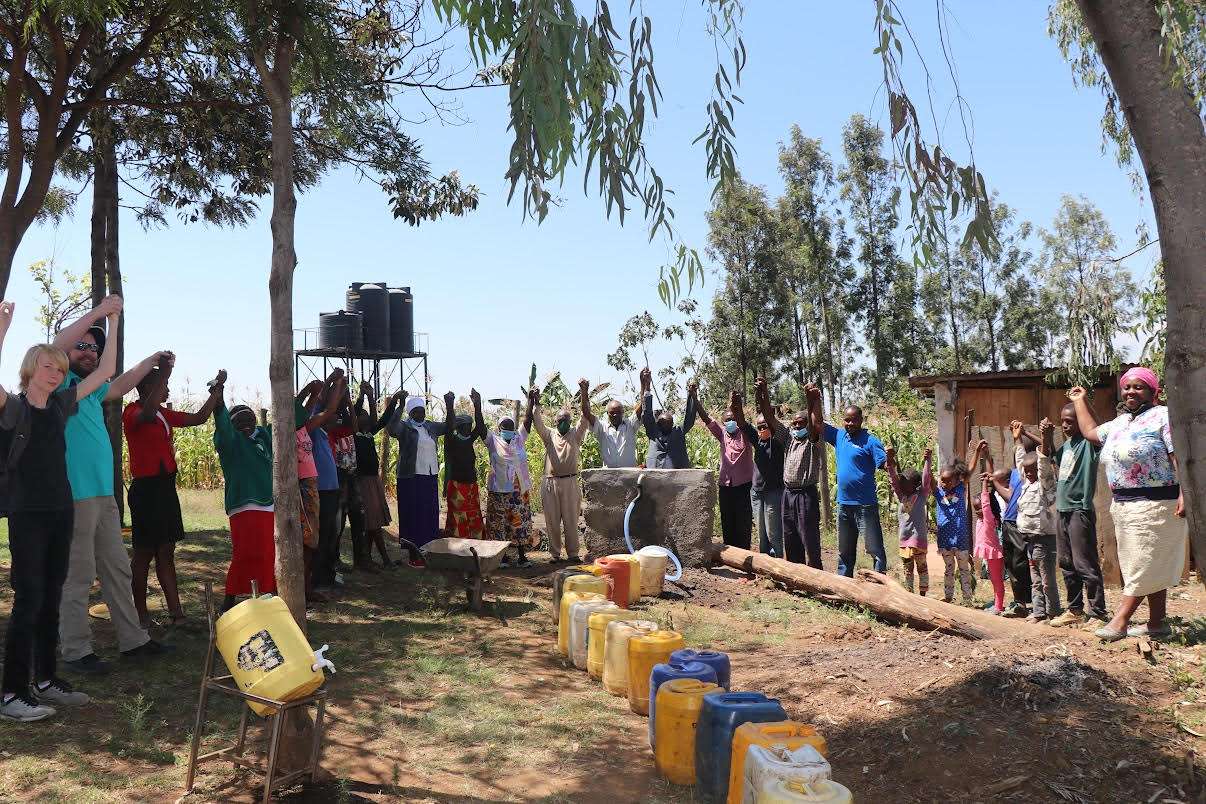 This project was made possible by WORLD CHANGERS!