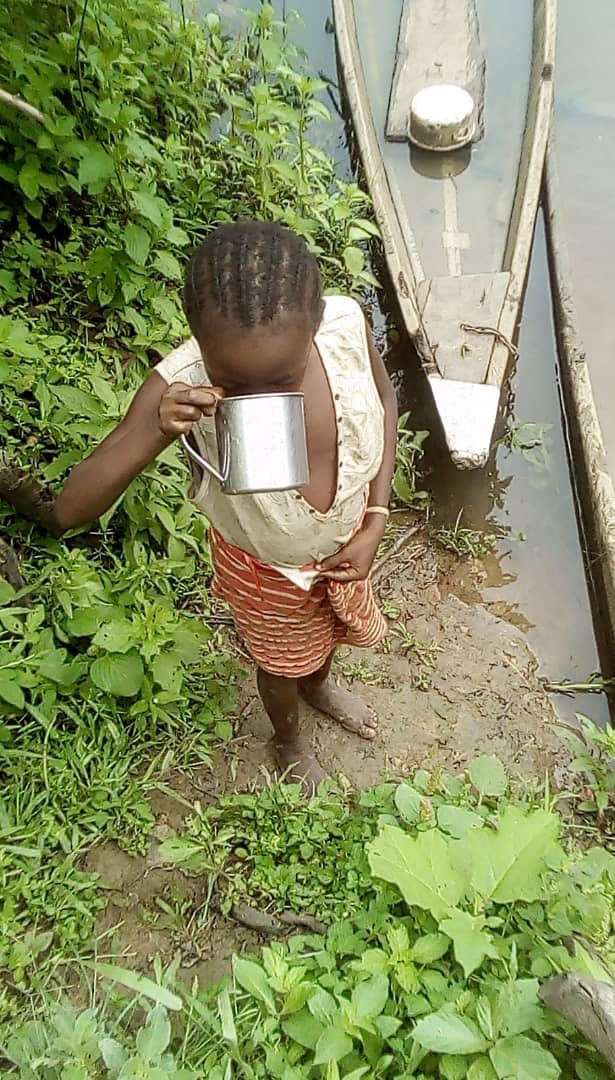 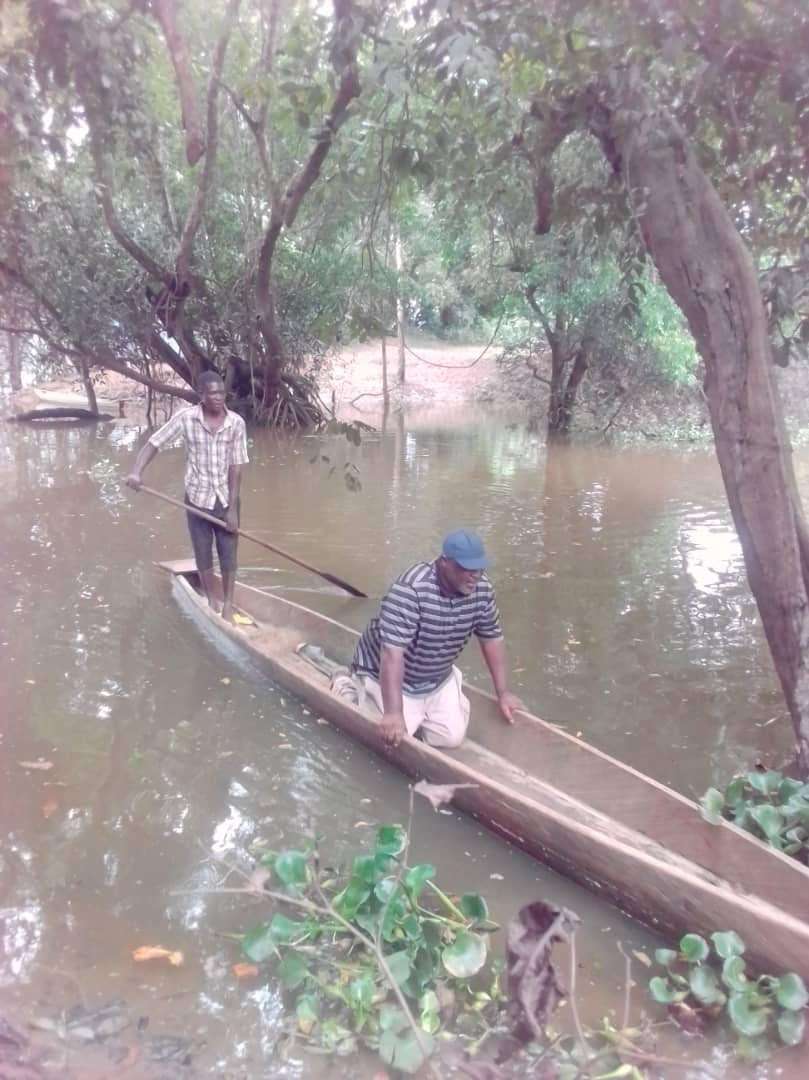 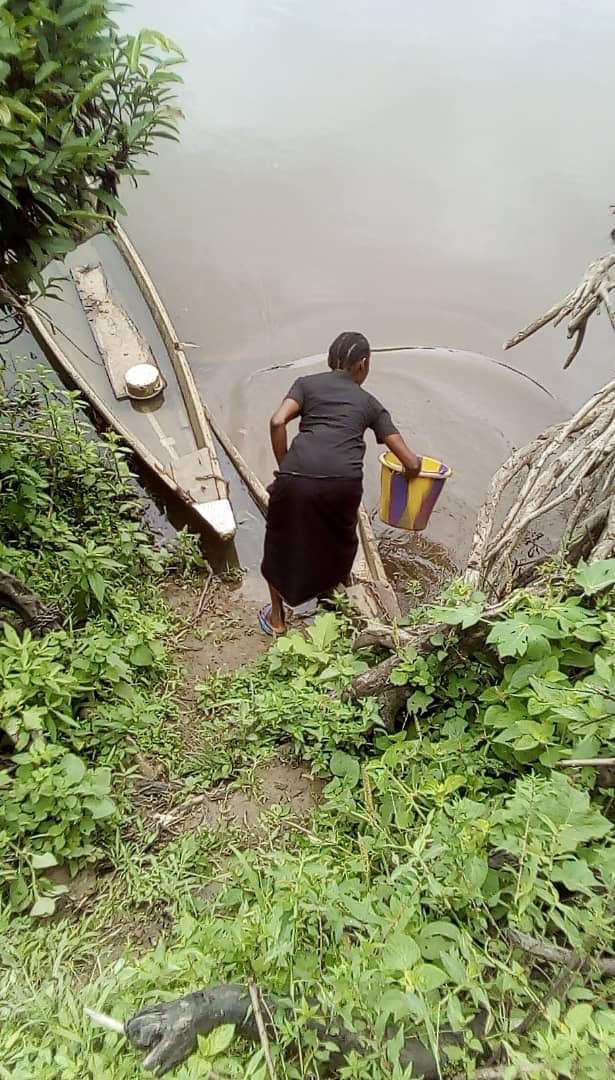 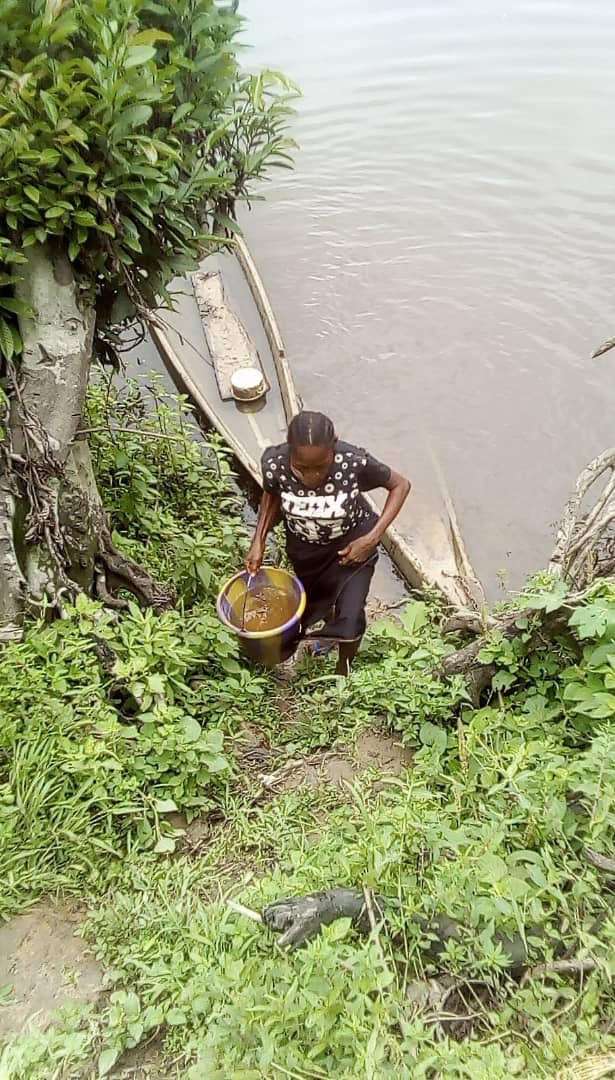 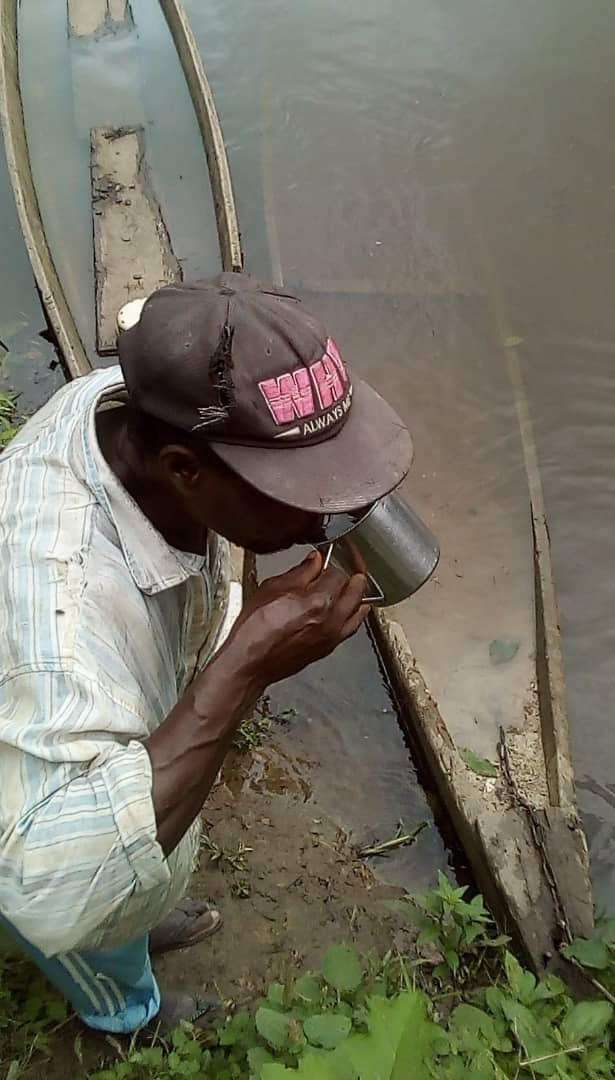 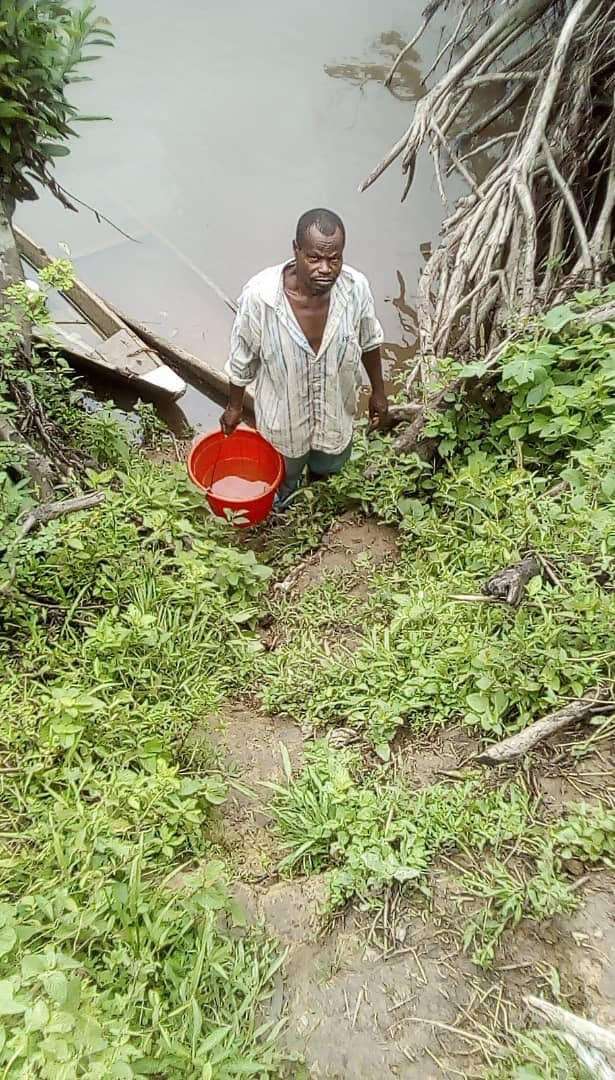 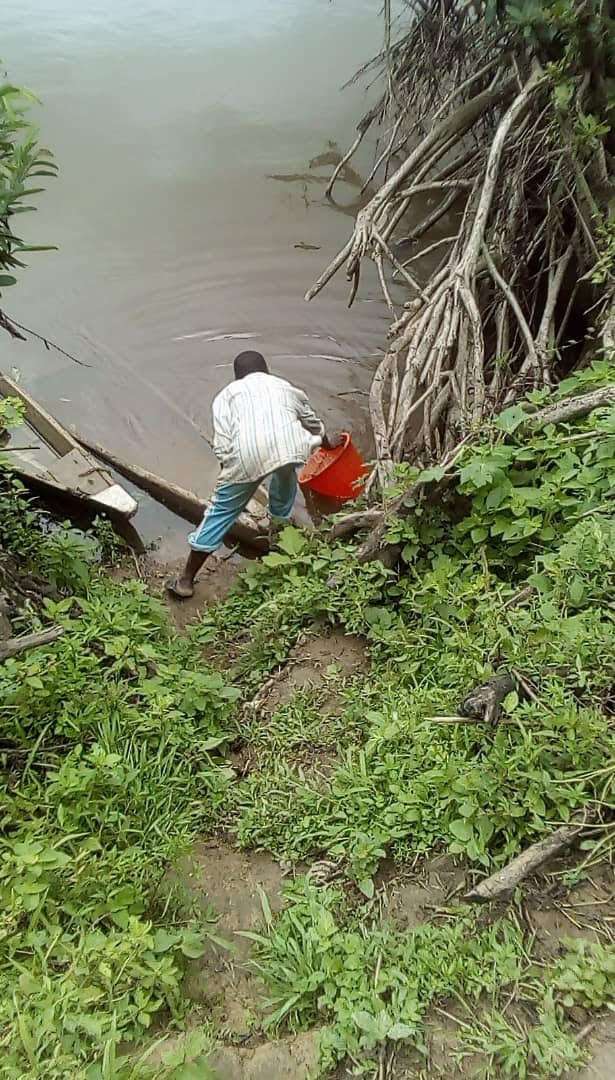 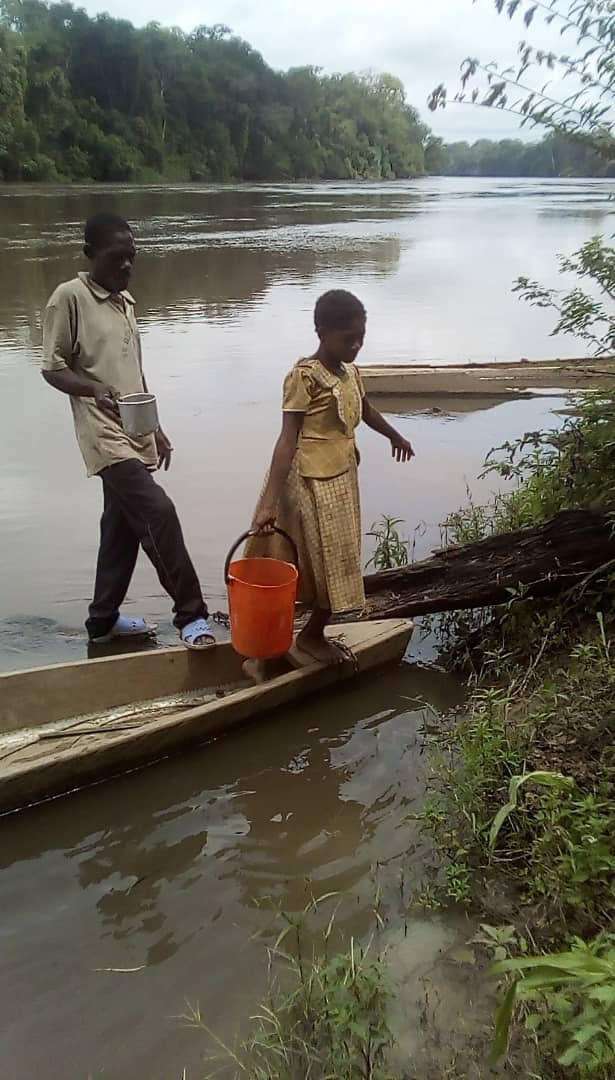 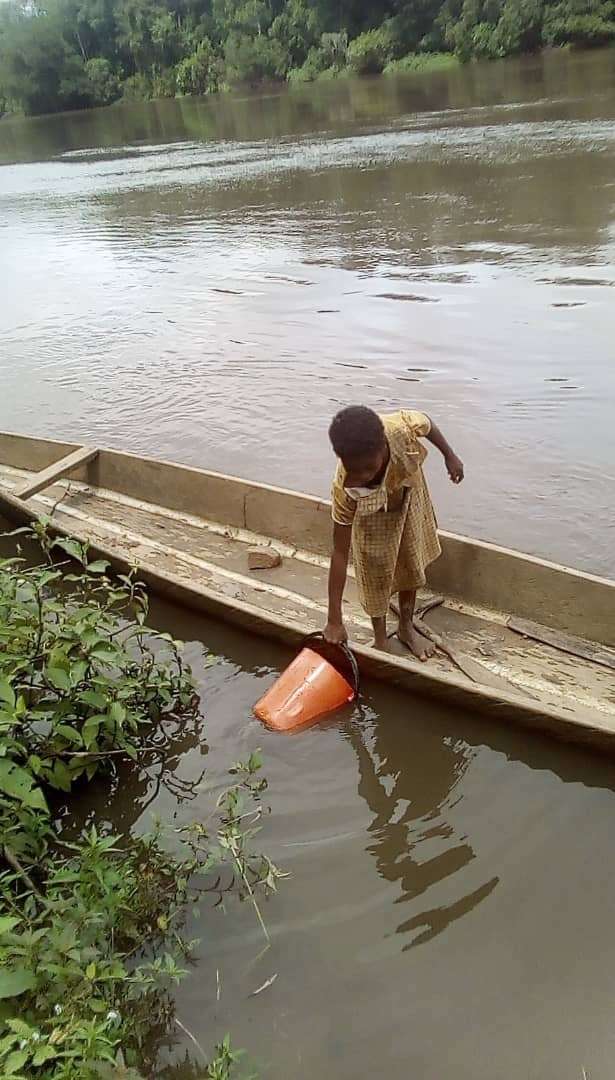 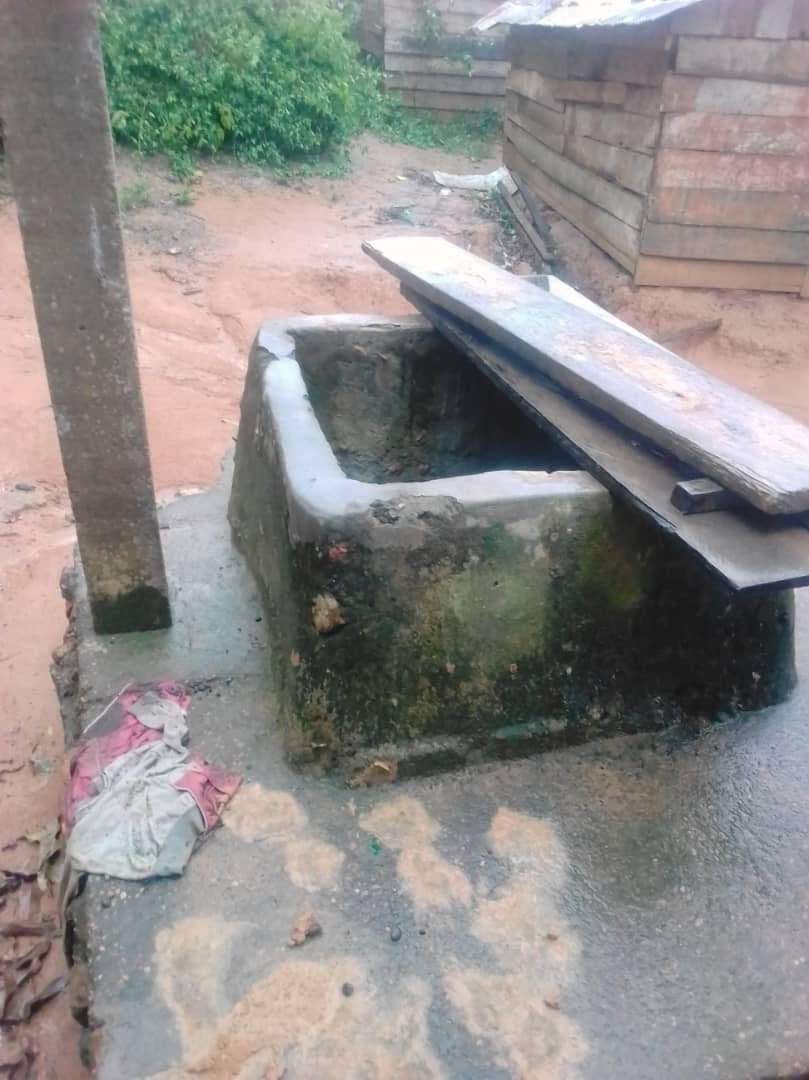 Malapa Village is a remote, impoverished community in the subdivision of Moloundou situated near a dirty river in East Cameroon. In addition to the villagers, many more people live spread-out in the surrounding forest. The East Region of Cameroon has very little industry, with its main commerce consisting of logging, timber, and mining. Instead, the bulk of its inhabitants are subsistence farmers. The region is thus of little political importance and is often ignored by Cameroonian politicians. This coupled with the low level of development in the province have led to it being dubbed “the forgotten province”.

The nearby dirty river is their source for drinking water and all their household needs. The river water is shared with animals. It is a 20-minute walk to the river for the closest residents and the trip could much longer, depending how far out in the forest one lives. The river is also extremely dangerous, especially when children are sent to fetch water. It is down-hill and slippery to access the water at the river’s edge. To avoid the dirty, dangerous river water the people tried, but failed, to dig their own open well. They only got so far and they never found water. Our well site will be selected with a hydro geo survey and will be a machine drilled deep well, drilling to depth to reach clean water.

Sickness is common and the common diseases suffered are typhoid and dysentery. The nearest hospital is far away and it is very costly for the people to go there to get treated. 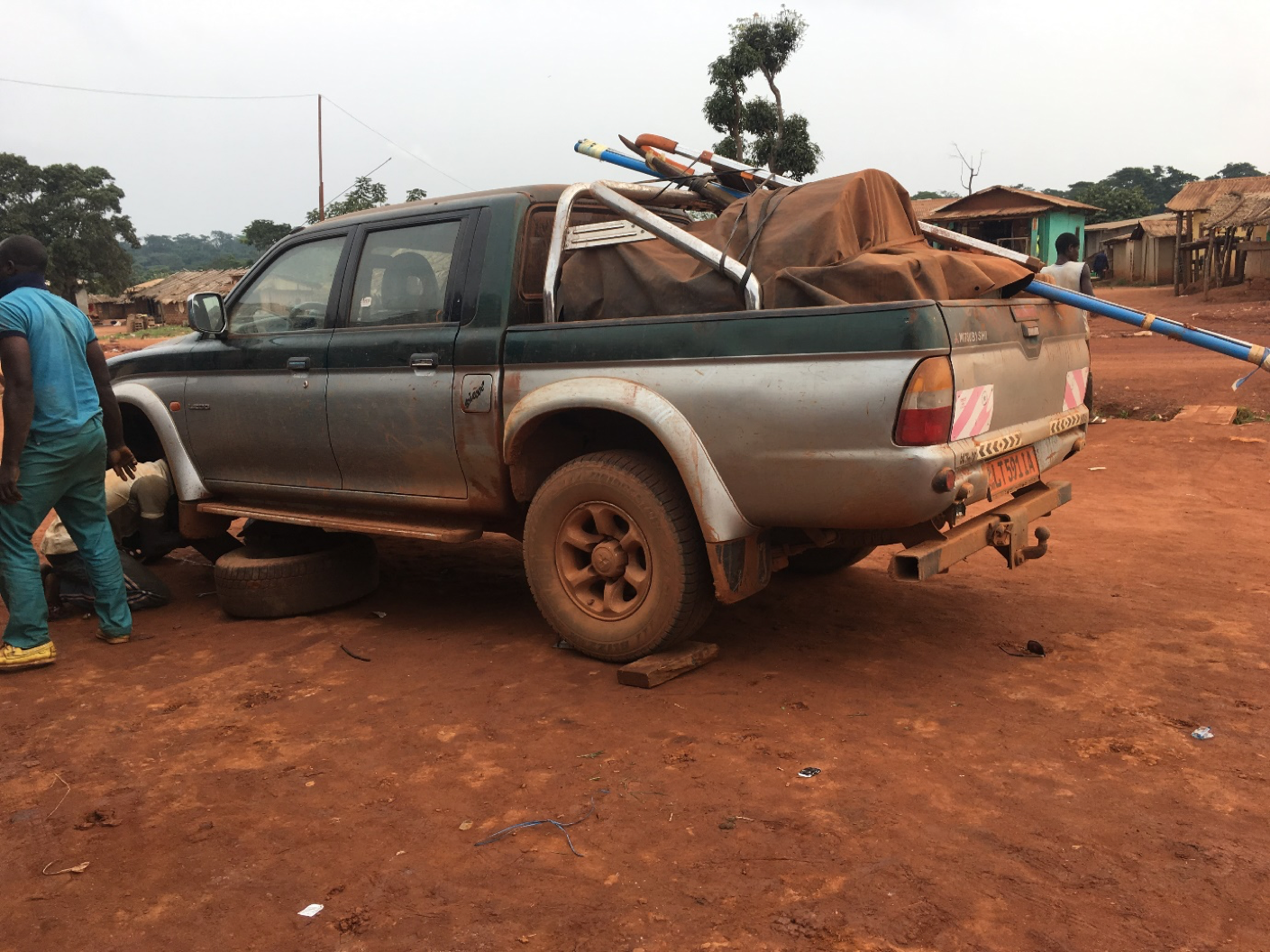 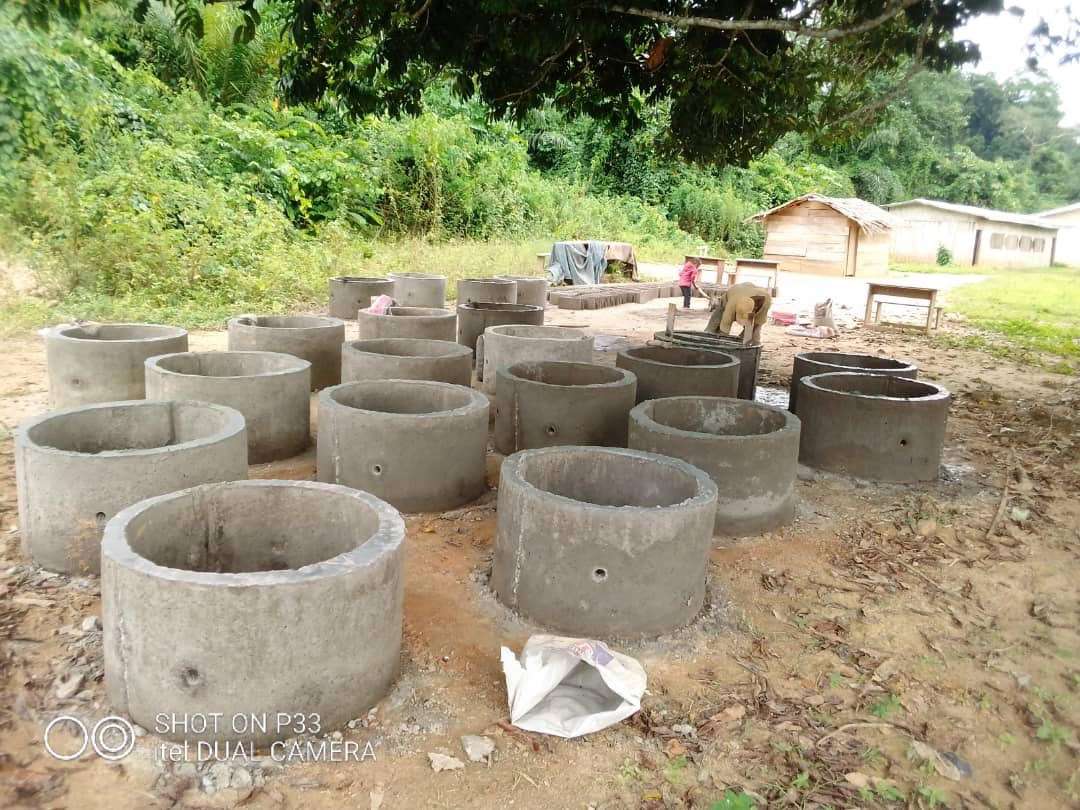 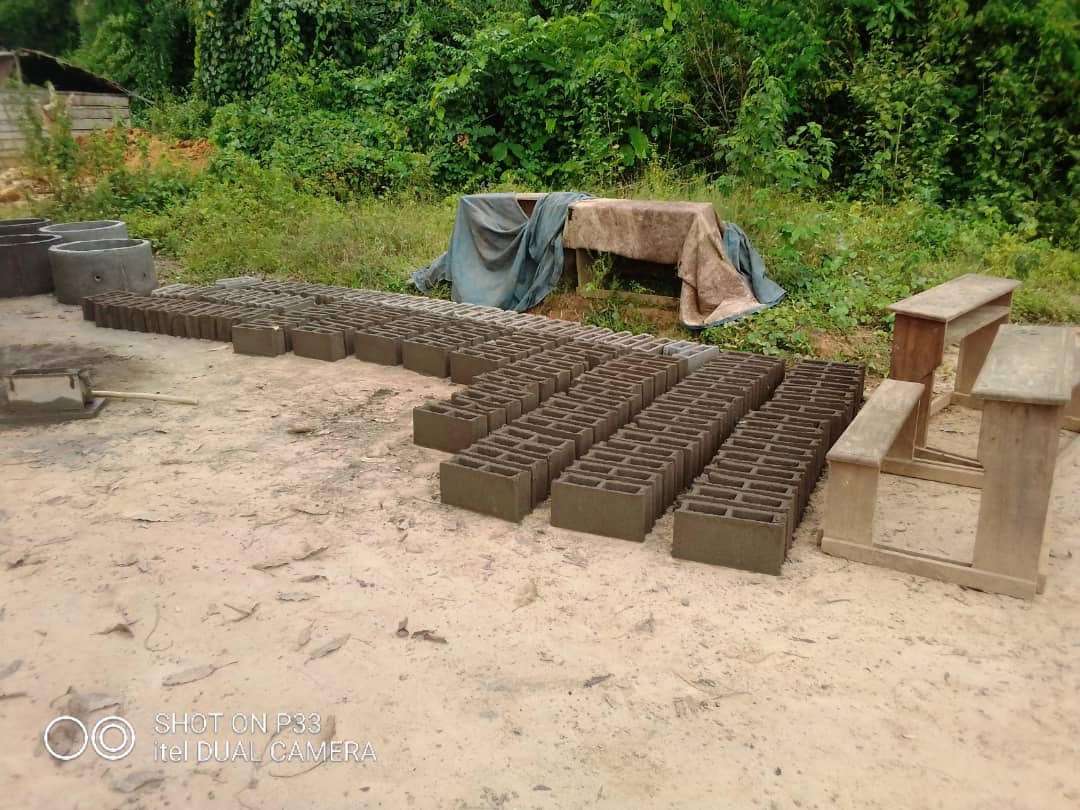 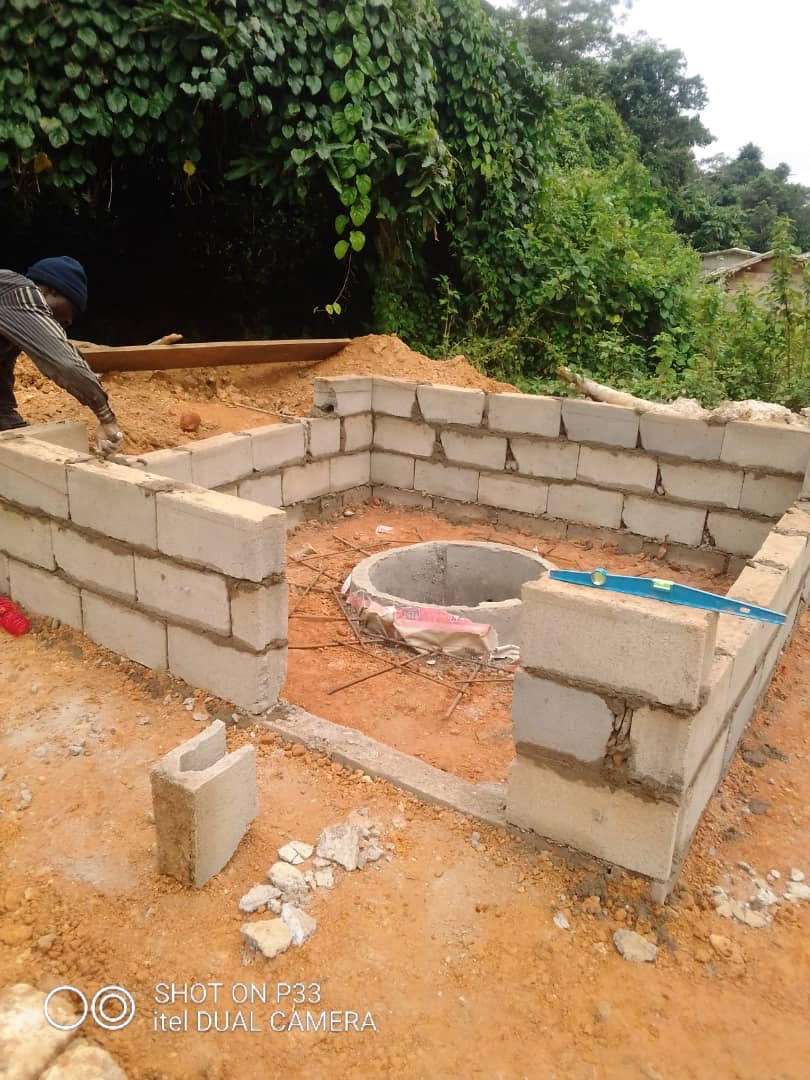 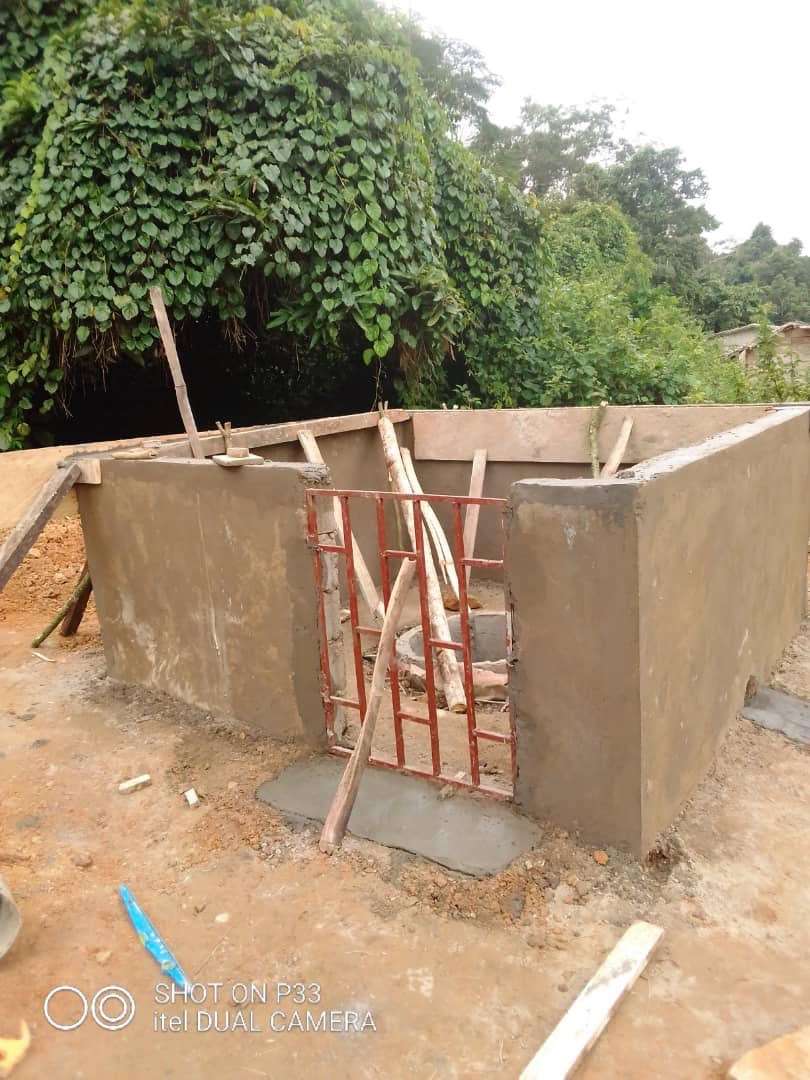 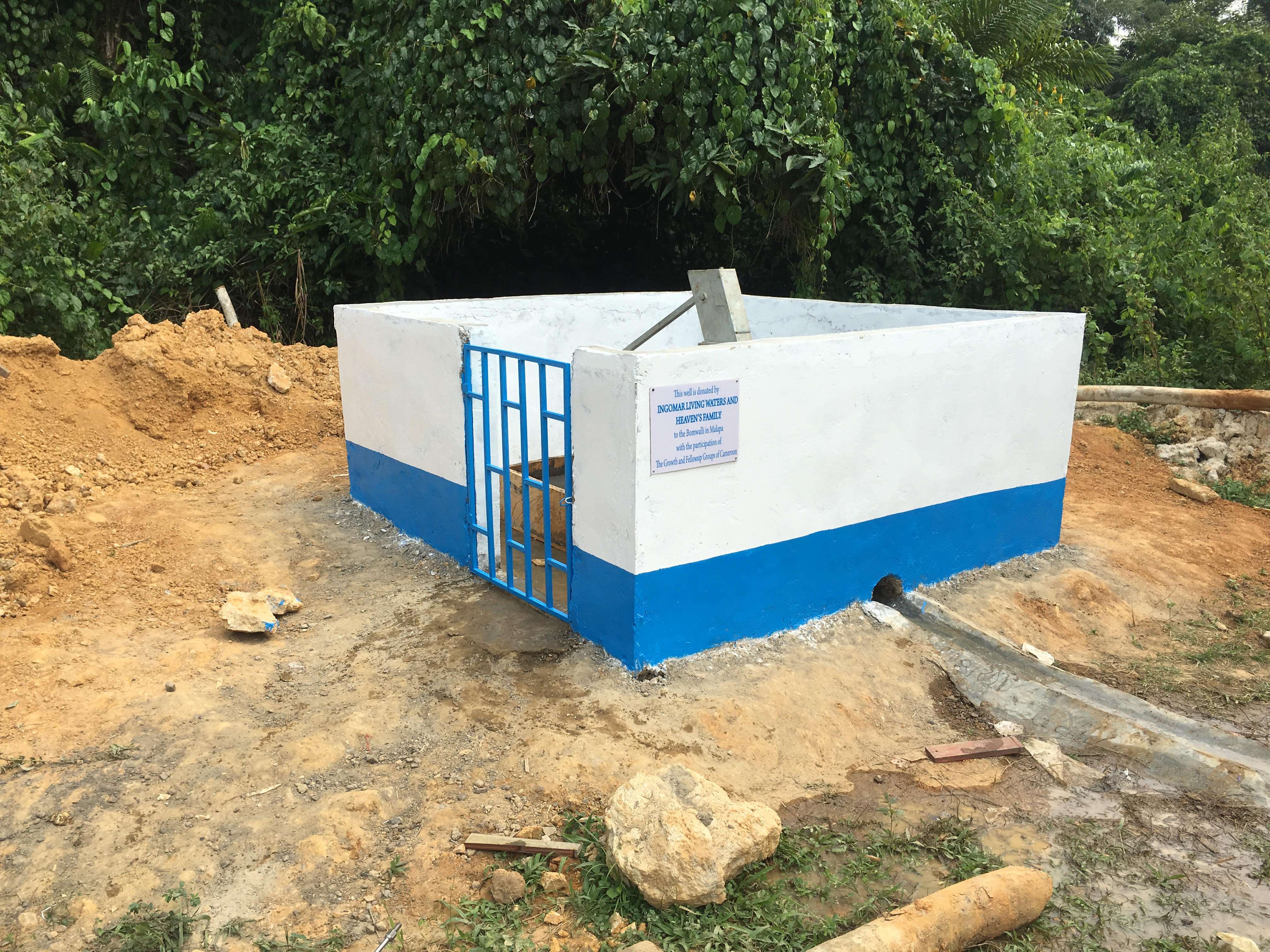 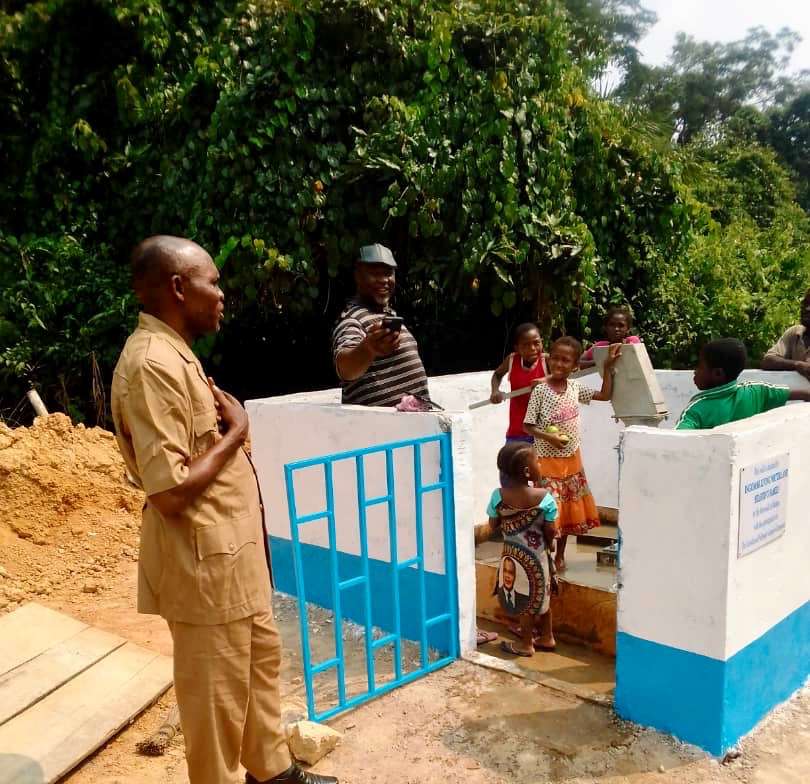 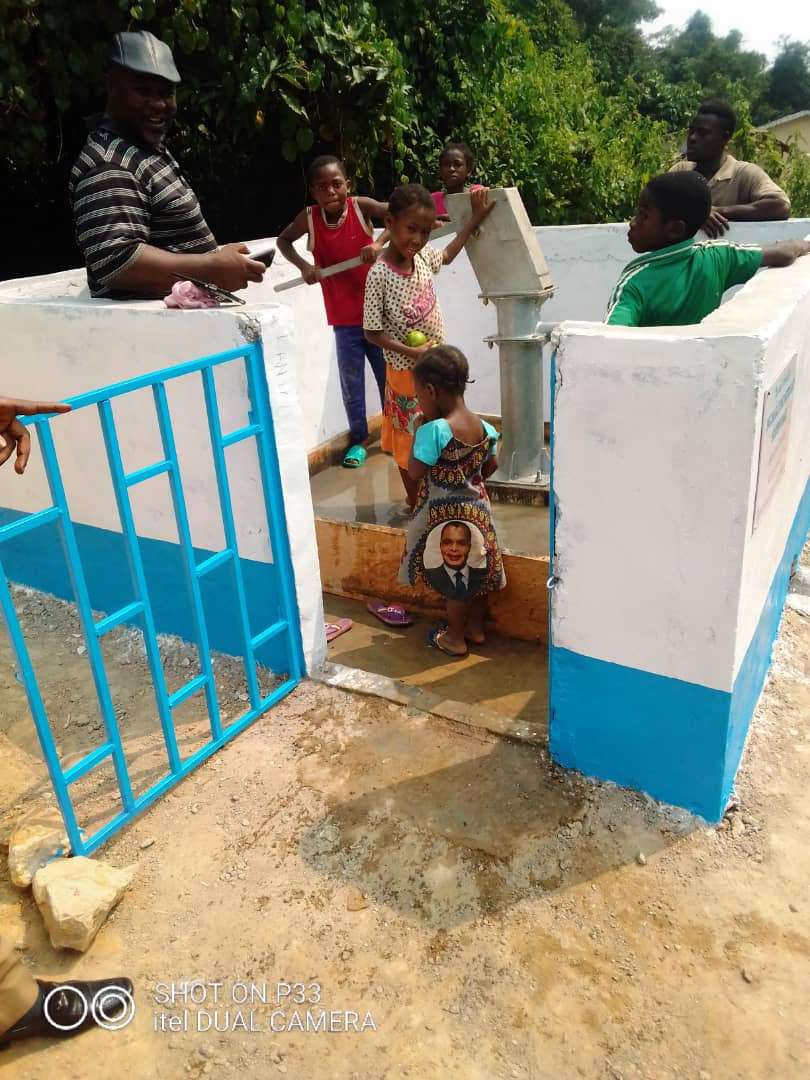 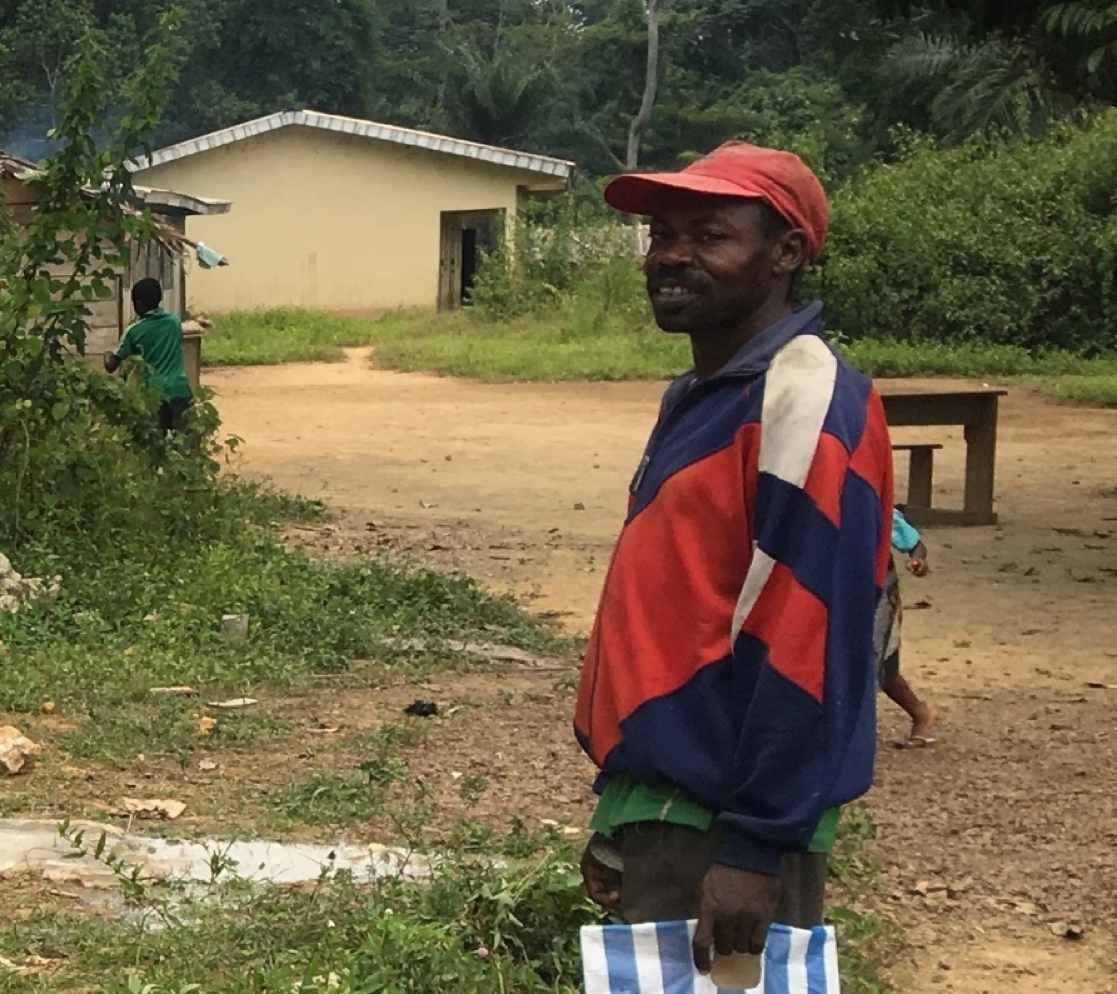 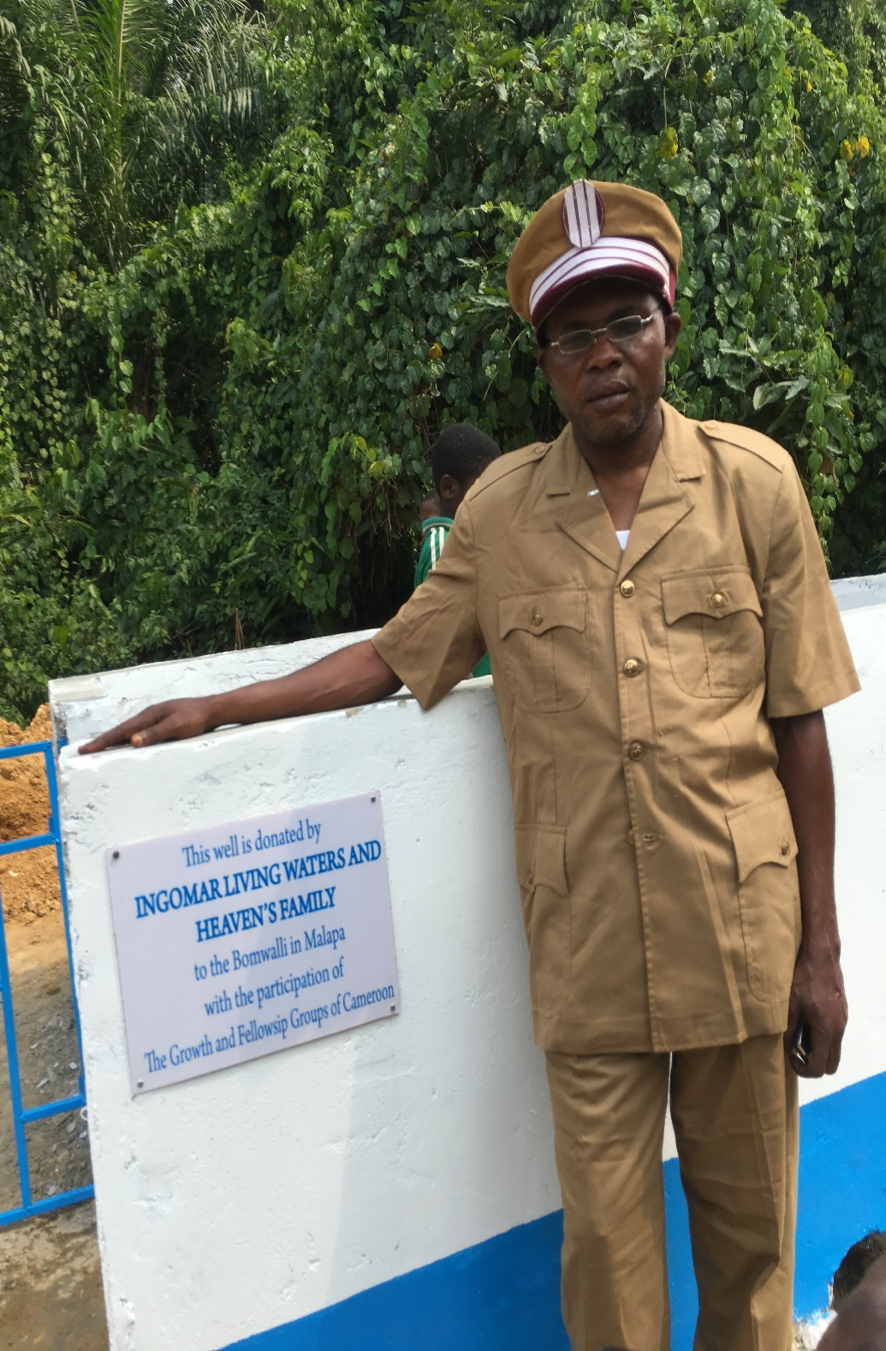 The well project is complete at Malapa Village, Cameroon.  This one took some time! The location is very remote, very far from the city with the last leg of the journey only accessible by boat. The logistical issues were challenging when the equipment and supplies needed to complete the well had to be brought by boat, but the difficulties were overcome and the people are now rejoicing with the new well! The people are overjoyed that they no longer have to go down to the river and collect water to drink which made them sick. They now have clean, abundant water near to them for drinking and for all of their household needs. The children do not have to go down to the river to fetch water with the danger of falling in and perhaps drowning.

In fact, the villagers were so deeply touched by the gift of clean water that the chief dedicated the Bomwali villages to Jesus. The Bomwali people were considered an unreached people group until our partners began to work among them. Since they began to work among them four solid churches have been planted and the well was an opportunity for them to show the villagers yet another image of Jesus.

Testimonies of two leaders in Malapa Village (in their own words):

The Chief of the Village with over-whelming emotion declared, “Since the beginning of this village we have been asking for the government to build a well, but nothing ever happened, A Non-Governmental Agency (“NGO”) came to drill a well, but they reached a rock and stopped and went away. We really thought we were forgotten here. But God today has remembered us. I thank God for this well and today I surrender all the Bomwali villages to God!”

Charles, a leader of the churches in Malapa says, “This was a victory for the Kingdom. Praise the Lord, today doors are open to us. People are looking at us with a different perspective. This make the sharing of the Gospel easier. We thank you Ingomar Living Waters, we thank you Heaven’s Family.”

The $6,000 project was made possible through the generosity of a couple, who are both World Changers.