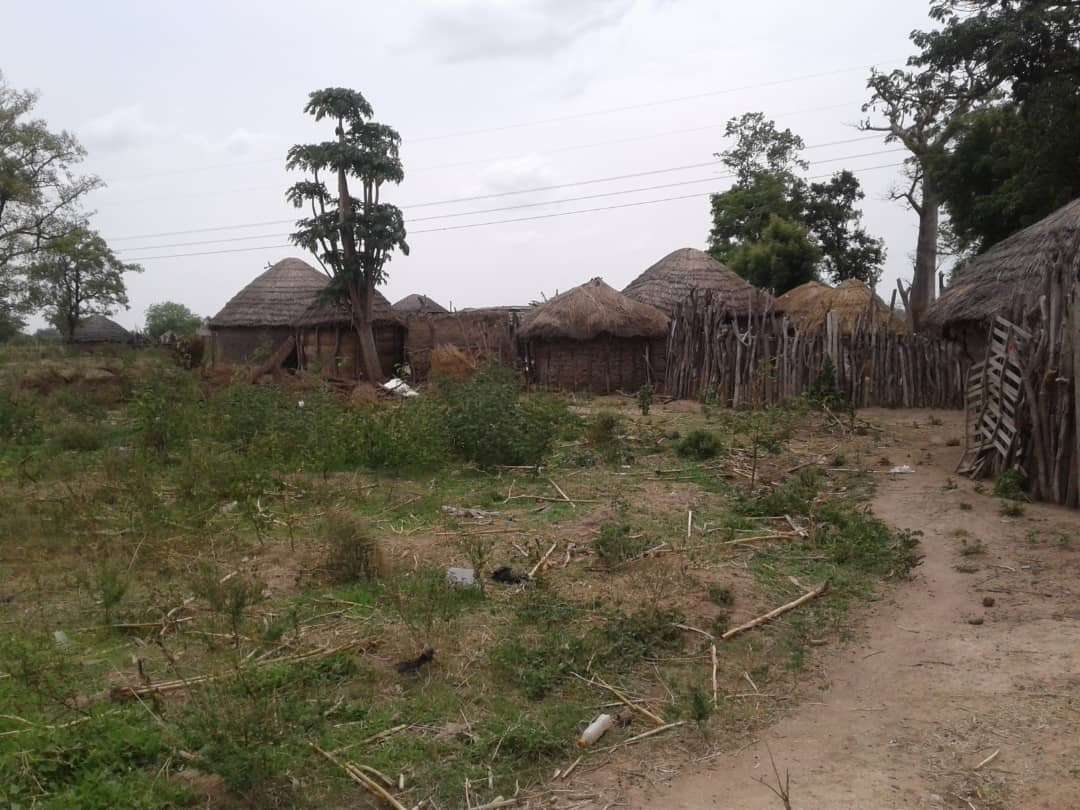 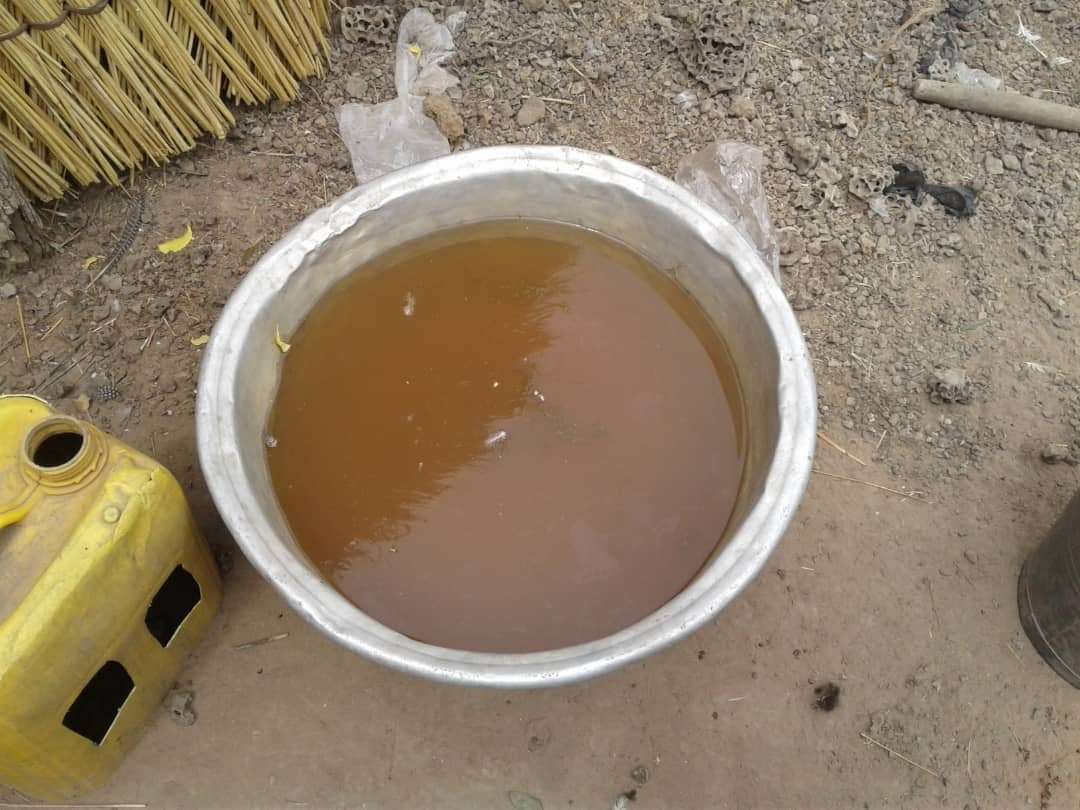 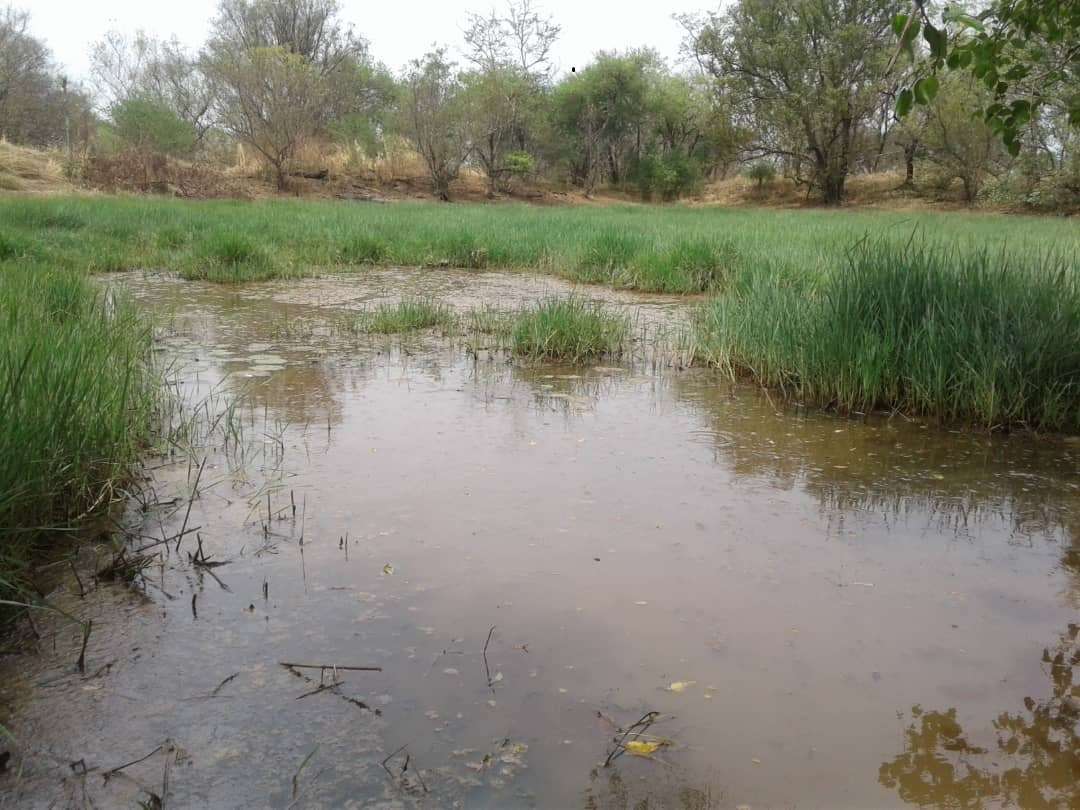 Kabonaa Kura #2 Village is located in the Central Gonja district of the Savanna Region, Ghana. This village is located in a very rural area without city water or electricity. There is no school. The people are subsistence farmers and live-stock herders. The village numbers approximately 600 native villagers plus approximately 900 re-settled Fulani migrants who live scattered in the bush surrounding the village.

Water is sourced from ponds and other stagnant water sources from which cattle and wildlife also drink. Women walk approximately 3 miles to get the water, but in the dry season as the sources shrink, they walk almost 4.5 miles. The task falls to the women and it is extremely hard for them to walk. It takes them about four hours to get water and get back home.

Cholera is common here. The impoverished people here must spend money on medicine for water-related sickness which severely impacts their quality of life.

The project will have a great impact on the community. Health would dramatically improve. The time saved from hours spent looking for water will significantly change their lives. Moms will be able to spend more time with their families. There will be plenty of clean water for household tasks like bathing, cooking and laundry. People will have more time and easier access to water to tend to their farms, enabling them to grow more food to eat and sell. Money spent on medical bills will be saved and will go back into the economy of these impoverished rural people.

In late August the rains came just as the project was set to begin to drill.  It was put on hold until the rains ceased. Since the well site is located in a remote village it does not have paved roads leading to it. The fear is that the heavy trucks carrying the drilling rigs will get stuck in the mud. If those trucks get stuck they often have to sit in one spot for months until things dry out and it puts the drillers out of business. 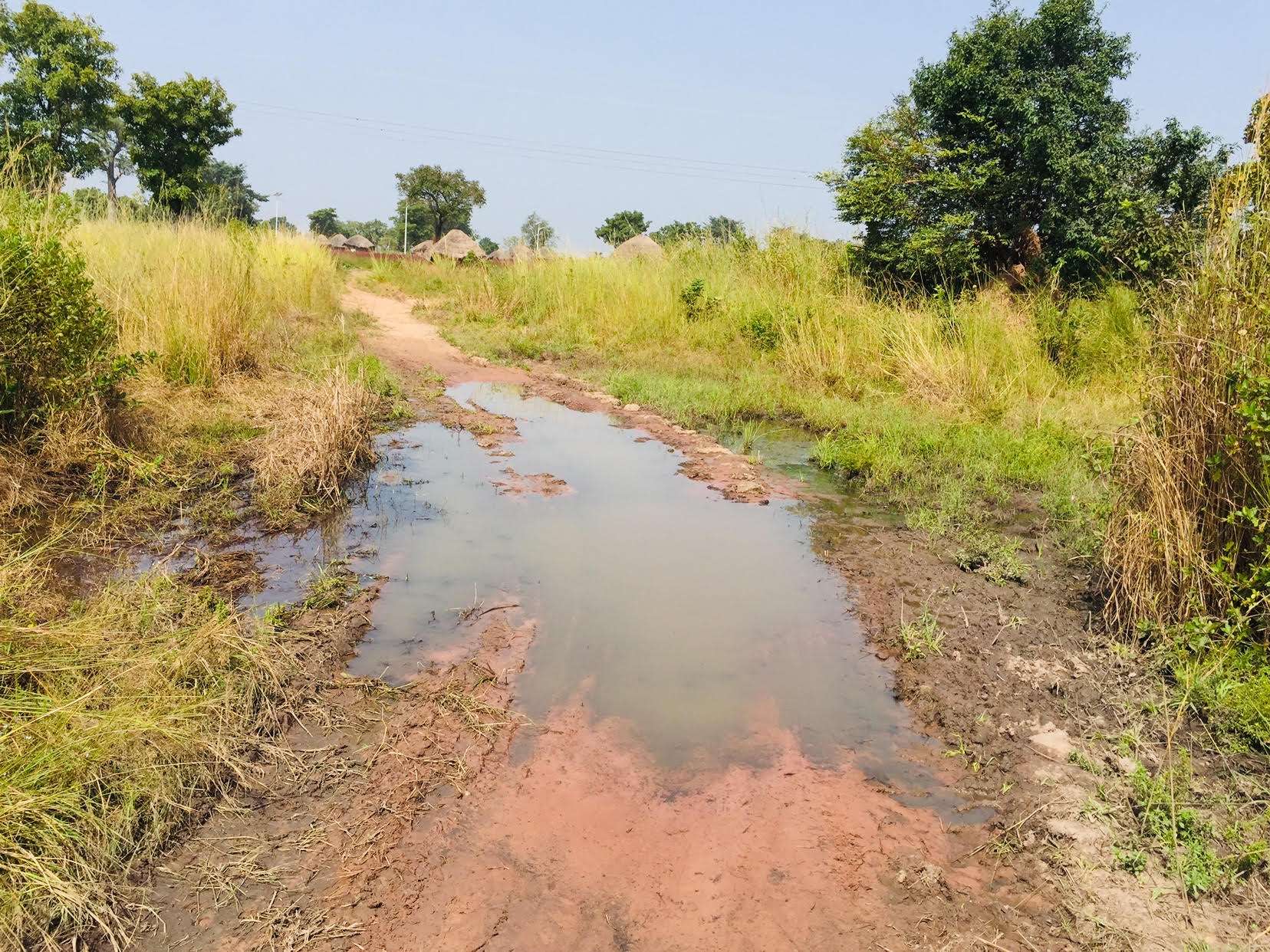 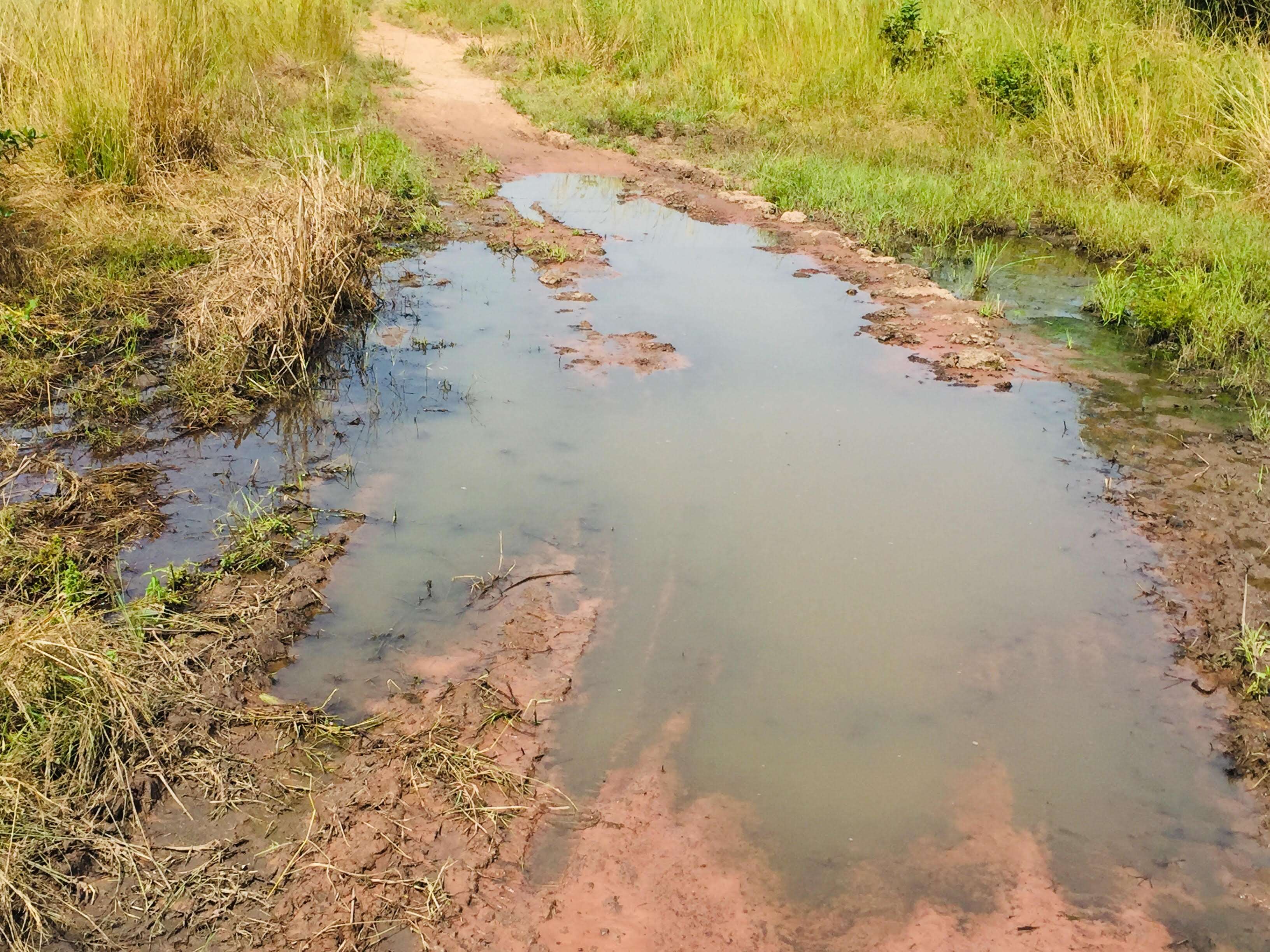 After getting equipment back into Kabonaa Kura, a well was successfully drilled.  But unfortunately, water from the well quickly went bad and became undrinkable.  So a second well was attempted near the first well.  And that drilling attempt was unable to strike clean water.  Unfortunately, we’ve been unable to establish a clean water well at Kabonaa Kura. So an alternate location, named Alhassan Kura, is being surveyed.

Alhassan Kura is a rural village in Brong-Ahafo region of Ghana. The village has no well and the people from this village walk 2-5 km one way to draw water several times a day from an open water pond or river. Mostly women have been affected and suffered with much physical pain as they also have to work in their fields and cook. School kids didn’t have enough time to rest or study because they had to fetch water before and after school.

There is a Muslim well in the next village, but it is not open to the general public or just any Muslim person. Alhassan village is mostly Muslim yet they are not allowed to use that well. The chief of the village accepted Christ, and the village is very excited to have a well for the common good, open to all the people regardless of faith. Death by water-related illness occurred previously with stomach conditions and worms also being common.  Some of the people believed it was witchcraft that makes them sick when they drink the dirty water, but the ministry team has worked to teach about clean water.

The village ministry leader will direct the management and maintenance for the well. A well committee has to be formed and a monthly charge of 2 cedis will be assessed for the people to contribute to maintenance.

A well was successfully drilled back in April of 2020 at Alhassan Kura in Ghana.  But then the COVID pandemic shut down travel delaying reports from Alhassan Kura.  Then fall rains came, and COVID lockdowns continued.  By fall 2021, we got a completion report from the site. 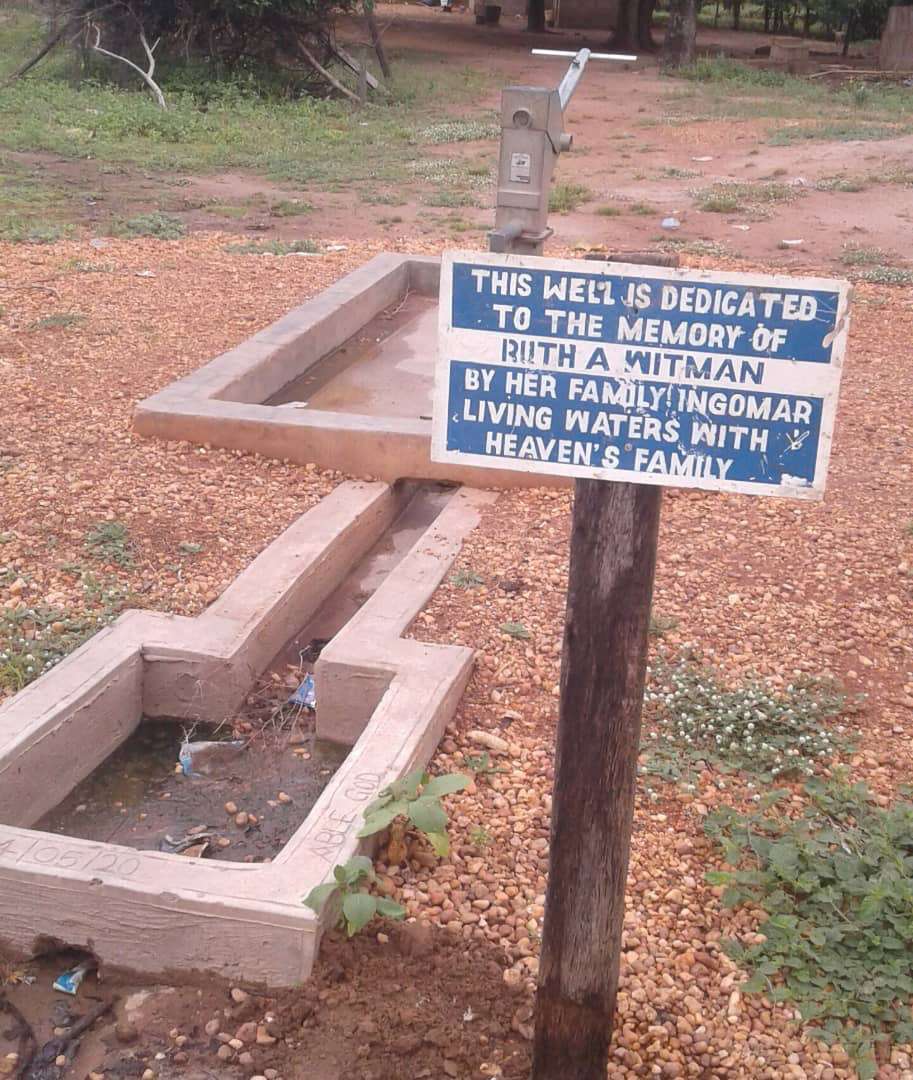 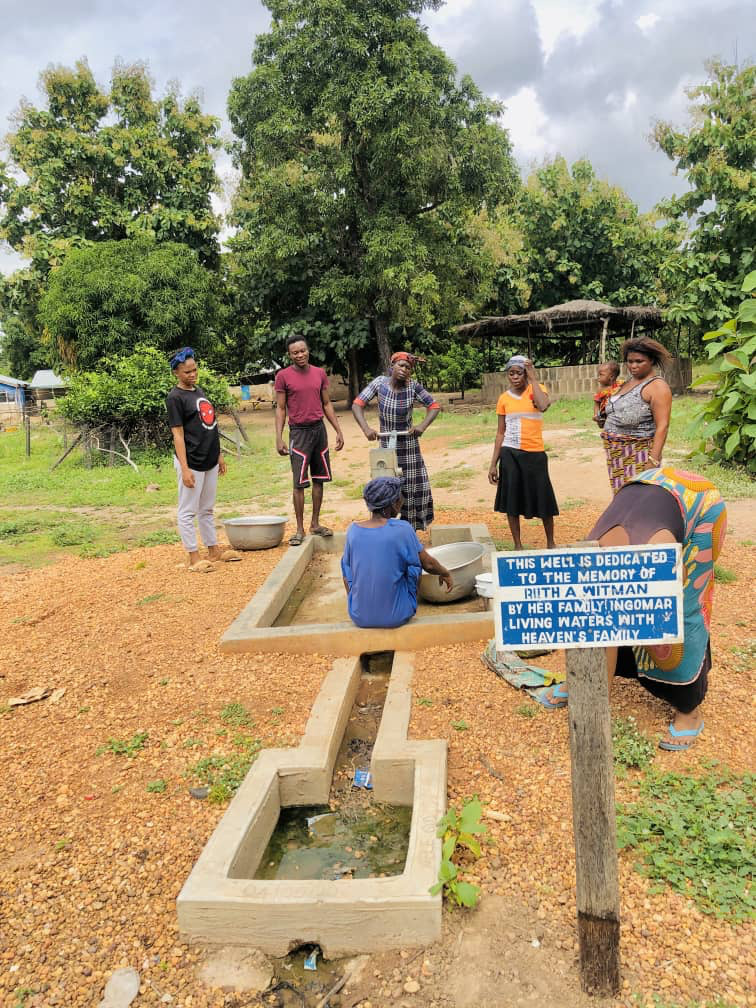 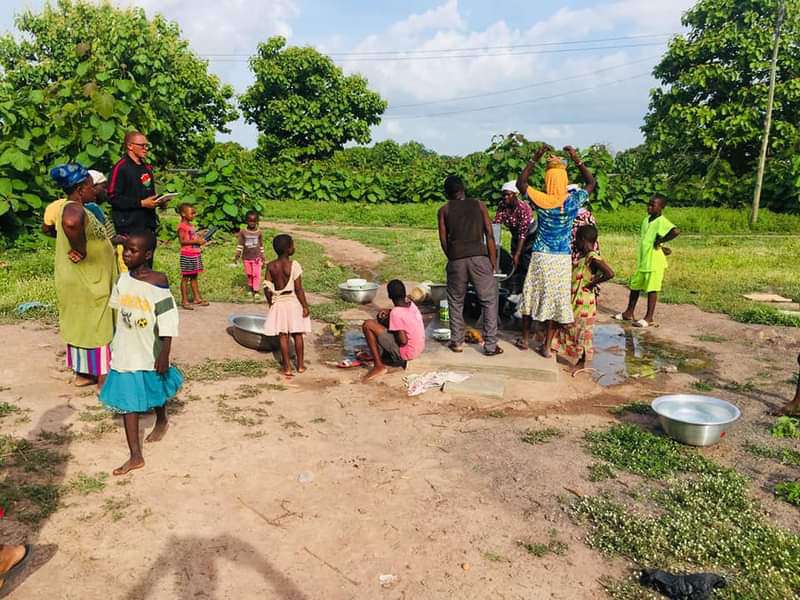 Below are videos of a woman expressing her gratitude to those who provided the well and of water flowing from the well at Alhassan Kura, Ghana.

English translation: “At the time this well was drilled all water holes in the community went dry and the drought was very severe and long. Women were feeling the pain of having to walk 5 km to the river and back, 10 km round trip just to get a basin of water which will not keep the family for the morning.This well brought us a deep sigh of relief. School children, children come to draw water, to bathe, so they can go to school on time, and while in school they come to draw the water for drinking. On behalf of the whole community, I say God bless Ingomar Living Waters family and Heaven’s family for the great love shown us in Alhassan Kura.”

Since spring 2020, this project has had a great impact on the community. Health has dramatically improved. The time saved from hours spent fetching water has also dramatically changed their lives. Moms feel better physically and are able to spend time closer to their families. There is plenty of clean water for household uses such as cooking, bathing and laundry. Productivity has increased due to better health. People are able to spend more time tending their farms to grow more food to eat and sell. Less money spent on medical bills, money that can go back into the economy of these impoverished rural people. The gift of clean water has deepened the relationships and furthered  the ministry among the people. And, the door is open to share the gospel in a more meaningful way through the gift of clean water.

We thank those who made the well at Alhassan Kura possible!

The $3,000 project was made possible through the generosity of one couple, her father, and a friend of her father, who are World Changers.